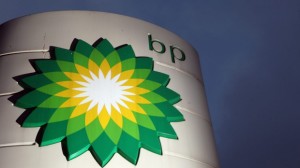 BP has agreed to renew five-year sponsorship deals with several British cultural institutions, including the British Museum, just days after reporting a 45 percent drop in profits.

In May the British Museum was forced to temporarily close after Greenpeace activists climbed its facade, demonstrating against BP’s sponsorship of a new exhibition about ancient Egypt, one of several protests at cultural events against its extraction of fossil fuels.

The oil major said on Thursday it will pay around 7.5 million pounds ($10 million) over five years from 2018 for sponsorship of events such as the open air Big Screen showings of performances from the Royal Opera House in London’s Covent Garden and its annual Portait Award.

BP decided earlier this year to cancel its near 30-year sponsporship deal with the Tate Britain art museum, saying it had to save money. That deal will not be renewed.

The London-based oil producer wants to save $7 billion in costs by 2017 as it grapples with lower revenue due to a sharp drop in oil prices.

“Our industry is going through a period of rebalancing, but our commitment to the UK and to our partners is for the long-term,” said Peter Mather, the head of BP’s British business.

Global oil supply to swamp demand in 2019 despite output cuts

‘I was surprised by the question’: New Zealand PM Ardern talks about wedding proposal