Alain Juppe, front runner to become French president in next year’s election, is offering the UK hope it can negotiate over the thorny issue of free movement of people under a new post-Brexit deal with the bloc, according to the Financial Times.

The newspaper also quoted him saying the border between the two countries should be moved back onto British soil – a foray into the controversy over how to deal with migrants camped at the French port of Calais once Britain has quit the EU.

Since Britons voted in a referendum last month to leave, several European leaders have insisted it must continue to accept the free movement of workers if it wants to enjoy the benefits of a loosened link with the bloc.

Concerns about immigration were cited among the main reasons Britons voted to leave the EU. British politicians who campaigned for Brexit have said they expect to be able to secure a favorable new trade arrangement without having to accept free movement.

The Financial Times did not give a full quote on the subject of free movement from Juppe, whom polls show is likely to be the main candidate of the mainstream French right and is front runner to win the presidency.

However it quoted him saying everything was “up for negotiation.”

“We need to find ways to co-operate, to find a solution to have the UK in the European market, one way or another – whether that is part of the European Economic Area or something else,” he said.

Juppe also said the bilateral Le Touquet accord that allows French customs officials to work on British soil and vice versa should be renegotiated.

“The logic requires that border controls should take place on British soil,” he said.

The Calais ‘jungle’ camp that has grown up in the past two years as thousands of migrants seek to avoid border controls there and reach Britain illegally through the Channel Tunnel is controversial on both sides of the Channel.

Images of people desperately trying to leap on trucks bound for Britain have roused anti-immigration worries in the UK ahead of the Brexit vote. The camps are also unpopular with local Calais businesses. 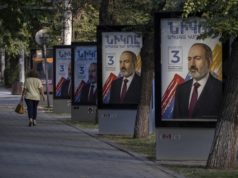 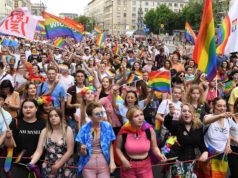 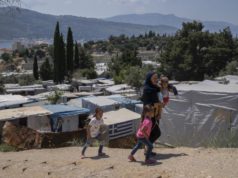 Suspicious optics said to have exposed Israeli raid in Gaza

Disney streaming could get boost as Comcast drops Fox bid

Fleeing into the fields, a family runs from Idlib attacks