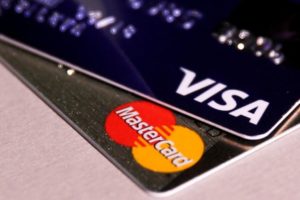 A federal appeals court on Thursday threw out a $7.25 billion (5.48 billion pounds) antitrust settlement reached by Visa Inc (V.N) and MasterCard Inc (MA.N) with millions of retailers that accused the card networks of improperly fixing credit and debit card fees.

The 2nd U.S. Circuit Court of Appeals in New York said the accord was unfair to retailers that stood to receive no payments and, in the court’s view, little or no benefit at all. It also decertified the case as a class action.

“This is not a settlement; it is a confiscation,” wrote Circuit Judge Pierre Leval, a member of the three-judge panel that unanimously struck down the settlement.

The deal had been the largest all-cash U.S. antitrust settlement, though its value shrank to about $5.7 billion after roughly 8,000 retailers “opted out.”

Thursday’s decision is a blow to the credit card industry, which hoped the settlement would end a decade of litigation brought on behalf of about 12 million retailers against Visa, MasterCard and banks that issue their cards.

It was intended to resolve claims that merchants were overcharged on interchange fees, or swipe fees, when shoppers used credit or debit cards, and were barred from directing customers toward cheaper means of payment.

The settlement may now need to be renegotiated, or the case could go to trial.

“Swipe fees are an improper and unnecessary hidden tax on consumers,” said Jeffrey Shinder, a Constantine Cannon partner representing Amazon.com Inc (AMZN.O), Costco Wholesale Corp (COST.O), Wal-Mart Stores Inc (WMT.N) and other opponents of the accord. “The structure of swipe fees is back on the table.”

MasterCard spokesman Seth Eisen said the company, based in Purchase, New York, is disappointed in the decision and will review its next steps.

Many retailers and trade groups nevertheless objected. Some said the payout should have been higher. Others said the accord would have made it too hard to sue Visa and MasterCard.

Mallory Duncan, the group’s general counsel, told Reuters in an interview that the settlement would have “forever” shielded card networks from a variety of litigation, while giving retailers “at best” three cents on the dollar in damages.

Thursday’s decision “will give real incentives to the card networks to rethink their anti-competitive behaviour,” he said.

Paul Clement, who led the appeal for retailers supporting the accord, did not immediately respond to requests for comment.

Card-issuing banks would have funded much of the settlement. JPMorgan Chase & Co (JPM.N) and Bank of America Corp (BAC.N) had estimated they were responsible for roughly one-fifth and one-tenth, respectively, of a payout. Both declined to comment.

The settlement had called for retailers that accepted Visa or MasterCard from January 2004 to November 2012 to share in as much as $7.25 billion, with the ability to opt out.

Retailers that accepted the cards from then on, meanwhile, were to get injunctive relief in the form of rule changes, expiring in July 2021, and could not opt out.

Writing for the appeals court, Circuit Judge Dennis Jacobs said these groups’ divergent interests meant they should not have been represented by the same law firms, which were awarded $544.8 million of fees.

While making clear he did not question the firms’ motives, Jacobs said the conflict “sapped” their incentive to zealously represent the retailers obtaining injunctive relief, and led to terms that benefited other retailers at their expense.

The case will return to the Brooklyn federal court, where it will be overseen by U.S. District Judge Margo Brodie.

The case is In Re: Payment Card Interchange Fee and MerchantDiscount Antitrust Litigation, 2nd U.S. Circuit Court of Appeals, No. 12-4671.

New Zealand remembers 185 who died in quake 10 years ago