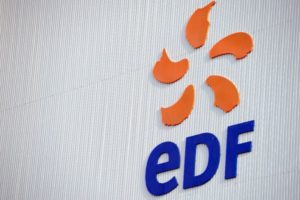 The EDF board’s lack of information about the UK government’s request for more time to review the Hinkley Point nuclear project renders its go-ahead for the investment decision invalid, three EDF unions said on Monday.

EDF’s board narrowly approved the 18 billion pound project on July 28. But hours later the government of new British Prime Minister Theresa May, which was set to sign contracts the next day, said it wanted to give the plan further consideration and postponed its decision to early autumn.

In a joint statement, EDF’s top unions CGT, CFE-CGC and FO – but not the moderate CFDT – said that certain board members were aware of crucial information about the Hinkley Point project, despite the fact that the UK government’s wish to go fast had always been presented as justification for the urgency to sign.

“Our three unions denounce this information asymmetry. They therefore consider that the board’s Hinkley Point decision, taken on the basis of incomplete information, is null and void,” they said.

They also pointed at the “abnormal management of conflicts of interest in EDF’s board”. Some EDF board members also are on the boards of board companies that are EDF customers which may benefit from the Hinkley Point contract.

“Who can say that with a rigorous management of the conflicts of interest and real transparency of information, the board decision would not have been different,” the unions said.

In a statement on Friday EDF said that when its board met, EDF and its chairman had no knowledge of the intention of the UK government to conduct a further review of Hinkley Point.

It said it only knew that a signing ceremony planned for the day after the vote would be postponed. This potential date of signature had not been confirmed, and therefore had not been communicated to the board or the market. There was therefore no requirement to communicate its postponement, EDF said.

Levy said on Friday that he would take legal action against the Sud Energie union for alleging he had lied to reporters by saying he had not known before the board meeting that Britain would conduct a fresh review.

Drinkwater has no future at Chelsea, says Sarri