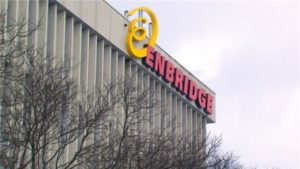 The long-planned and oft-delayed Sandpiper pipeline through the U.S. Midwest may not be dead, but it appears to be on life support, a likely casualty of the oil-and-gas industry’s infrastructure overbuild amid a two-year global oil rout.

After years of delays, refiner Marathon Petroleum Corp and midstream giant Enbridge Inc on Tuesday announced they would scrap their joint venture agreements and transportation services for the 450,000 barrels per day Sandpiper project, instead agreeing to acquire a portion of the rival Dakota Access Pipeline.

That $1.5 billion deal, if successful, will leave Sandpiper without Marathon as its main anchor, even though an Enbridge spokesman said plans for the line are still being evaluated. The project involves two pipeline legs stretching from North Dakota through Minnesota to Wisconsin.

Outgoing pipeline capacity from the Bakken is currently at around 641,000 bpd, according to Genscape. Once Dakota Access becomes operational, capacity will rise to 1.21 million bpd.

That projected increase comes against the backdrop of a dramatic decline in oil prices that has weighed on production in North Dakota’s Bakken play, one of the biggest beneficiaries of the boom in U.S. shale production over the last several years.

The Dakota Access Pipeline, slated to stretch from North Dakota to Illinois, is expected to come online in the fourth quarter. With global oil futures down by 70 percent in the last two years, traders and analysts say there just is not enough crude in production in the U.S. Midwest for both pipelines.

Shippers in the North Dakota area already have the Double H and Pony Express pipeline to carry crude to other markets, and the Dakota Access Pipeline will increase competition for supply.

“This reflects falling production in the Bakken. At least in the short term, there is no need for both pipelines,” said Sandy Fielden, director of oil and products research at Morningstar.

With oil hovering near $40 a barrel and narrow pricing differentials between regions, concerns about overcapacity are hitting midstream operators in numerous parts of the country, even in shale plays more economical than the Bakken.

For Enbridge, investing in another project could be the best step forward for a pipeline marred by regulatory delays. The $2.6 billion Sandpiper project was originally planned for startup this year, but was then pushed to 2017 after Minnesota regulators ordered an environmental review to examine alternate routes for that state’s portion of the project.

In February, it was again delayed to 2019 due to further environmental reviews and permitting in the state.

If Sandpiper is ultimately shelved, it would not be the first time in the region. In 2014, Enterprise Products Partners canceled plans to build the first crude pipeline from North Dakota into Cushing, Oklahoma, citing lack of shipper support.