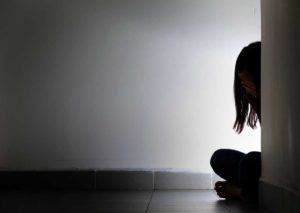 A Malaysian man charged with raping a 14-year-old girl has avoided prison after he married her in a case that has sparked anger from rights groups and calls for a ban on child marriage and justice for victims of sexual violence.

Ahmad Syukri Yusuf, 22, was charged with statutory rape of the girl late last year and faced up to 30 years in jail and whipping for the offense, but he later married the teenager under Islamic law, according to prosecutor Ahmad Fariz Abdul Hamid.

The prosecutor said a court in Kuching, in Malaysia’s eastern state of Sarawak ruled there was no need to proceed with the case after Ahmad Syukri submitted a marriage certificate and the girl withdrew the complaint.

“It is very common for rapists to marry their survivors, especially when they are underage, to cover up their crime,” Kuala Lumpur-based Women’s Aid Organisation spokeswoman Tan Heang Lee told Thomson Reuters Foundation.

“There is usually a high risk in this kind of cases that these girls will be subject to a lifetime of sexual abuse. Her marriage is basically an extension to rape,” she added.

Under Malaysia’s civil laws, the legal minimum age for marriage is 18 but Muslim girls who are under 16 can obtain permission to marry from Islamic courts.

Ethnic Malays, who are Muslim, make up about 60 percent of the country’s 30 million population.

There are about 16,000 girls in Malaysia who were married before their 15th birthday, according to Human Rights Watch citing the latest available government statistics in 2010.

Globally, 15 million girls are married before the age of 18 each year according to campaign group Girls Not Brides.

Ann Teo, vice-president of the Kuching-based Sarawak Women for Women Society, said accused rapists should be prevented from marrying their victims.

“It sends a message a person will be freed from his charge if he enters into this kind of marriage of convenience with the girl,” Teo said.