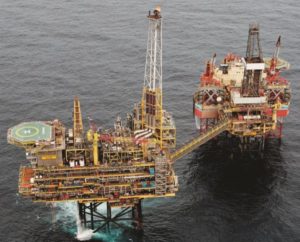 Hundreds of maintenance workers employed by Wood Group on Shell’s North Sea platforms started a 48-hour strike on Thursday over a pay dispute but field production or maintenance schedules were not affected, Shell said.

Two of the affected Shell oil and gas platforms, Nelson and Shearwater, are currently on outage for planned maintenance unrelated to the strike, a spokesman said.

Workers stationed on these platforms who have gone on strike have been replaced by others through changes in work schedules, he added.

“We expect the stoppages to be completed by the early part of next week,” he said.

Over 400 workers are taking part in the second strike action in just one week over protests against pay cuts and changes in work schedules on the back of cost savings across the industry.

On July 26, the same workers downed tools for 24 hours in what was the first North Sea strike action undertaken by Unite members in 28 years.

As many as 120,000 oil workers are expected to have lost their jobs by the end of this year in an industry-wide clamping down on costs as weak oil prices have reduced profits.

Wood Group said it had agreed to suspend the changes to pay and working schedules to allow further discussions with employees and unions.

“We are hugely disappointed that industrial action is progressing despite the significant movements made,” said Dave Stewart, Wood Group’s chief executive for its eastern region business.

After Wisconsin girl’s safe return, question is: Why?

So much for speech: Trump on hot mic says he’ll release memo