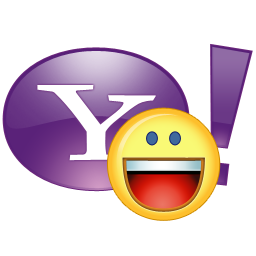 Oil traders on Friday were lamenting the imminent demise of their main communication tool, Yahoo Messenger, which has been an industry standard since the late 1990s.

Yahoo Inc said last week it would begin shutting down older versions of Yahoo Messenger on Aug. 5 and will stop working on Aug 31.

Because Yahoo was free, it democratized access across market participants, as a trader only needed a computer and internet connection. The new version does not meet the industry’s standards for compliance, which is why traders have to move elsewhere.

Traders and analysts have been preparing for the inevitable transition this week, putting their new ICE, AOL and Skype usernames in their Yahoo messages to avoid losing contacts.

“You have no idea how much I’ll miss Yahoo Messenger,” said a senior oil trader in Singapore who has been in the business for 20 years.

“I built up hundreds of contacts on it over more than a decade. I have Yahoo friends I have never met, but with whom I spent many hours bantering and joking. It also made me a lot of money. Now that it’s gone, I could cry.”

With Messenger’s end, the highly-opaque oil industry may become even more so, given the challenge of the fragmented communication market.

Some said it could force players back to the telephone.

“I think any cross-broking from one messenger platform may mean people use the old friend – the phone,” said Matt Stanley, a fuel oil broker at Freight Investor Services in Dubai.

Yahoo, which in July announced the sale of its core business unit to Verizon Communications Inc, took the oil industry by storm in the late 1990s.

Its free instant messaging technology revolutionized the industry, helping usher in a new era of high-speed communication that changed the way millions of barrels of oil traded daily.

But the online, follow-up version to Yahoo’s standalone messaging software cannot be used by the industry. It fails to meet compliance standards because conversations cannot be saved locally.

“It’s kind of a pain registering and getting started again,” said Tariq Zahir at Tyche Capital Advisors. “It works fine, but traders are creatures of habit. You get used to it.”

As a result, oil traders, brokers, analysts and also reporters covering the oil industry have been scrambling for alternatives.

The tech is advanced, but ‘Gemini Man’ is lifeless

$200,000 Apple left for trash: Search for the mystery owner goes on