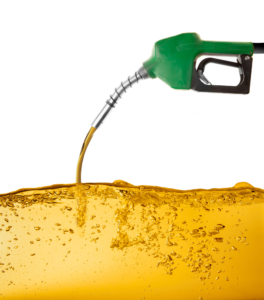 U.S. consumer prices recorded their biggest gain in five months in September as the cost of gasoline and rents surged, pointing to a steady build-up of inflation that could keep the Federal Reserve on track to raise interest rates in December.

The Labor Department said on Tuesday its Consumer Price Index increased 0.3 percent last month after rising 0.2 percent in August. In the 12 months through September, the CPI accelerated 1.5 percent, the biggest year-on-year increase since October 2014. The CPI rose 1.1 percent in the year to August.

“Today’s inflation data are not hot enough to put a rate hike up on the table next month, but it is also true the economy is strong enough to generate some inflation pressures,” said Chris Rupkey, chief economist at MUFG Union Bank in New York.

Last month’s increase in the CPI was in line with economists’ expectations. But underlying inflation showed signs of moderating amid a slowdown in the pace of increases in healthcare costs after recent robust gains.

The so-called core CPI, which strips out food and energy costs, gained 0.1 percent last month after climbing 0.3 percent in August. That slowed the year-on-year increase in the core CPI to 2.2 percent following a 2.3 percent rise in August.

The dollar extended losses after the data, while Treasury prices turned higher.

The retreat in the monthly core CPI reading will probably do little to change the view that the Fed will raise interest rates at its December meeting.

The U.S. central bank has a 2 percent inflation target and tracks an inflation measure which is hovering at 1.7 percent. The Fed lifted its short-term interest rate last December and has held it steady since because of persistently low inflation.

Last month, gasoline prices jumped 5.8 percent after falling 0.9 percent in August. Gasoline accounted for more than half of the increase in the CPI last month.

Americans also paid more for electricity, with prices posting their biggest gain since December 2014. Households, however, got some relief from food prices, which were unchanged for a third straight month. The cost of food consumed at home declined for a fifth straight month.

surging 1.0 percent in August. The cost of hospital services

was unchanged, while prices for prescription medicine rose 0.8 percent.

The government revised prices for prescription drugs from May through August this year as incorrect data had been used to calculate price changes. Prescription medicine accounts for about 1.4 percent of the CPI basket.

Pakistan’s ace in poker match with US: Afghan air routes