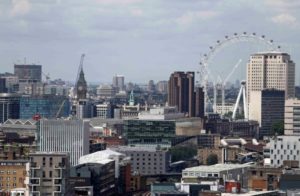 Britain could still change its mind about Brexit after triggering its formal divorce talks with the European Union, the man who drafted Article 50 of the Lisbon Treaty told the BBC.

Prime Minister Theresa May has said she will invoke Article 50 by the end of March, kicking off two years of divorce negotiations.

“You can change your mind while the process is going on,” John Kerr, a former British ambassador to the EU who drafted Article 50, told the BBC.

“During that period, if a country were to decide actually we don’t want to leave after all, everybody would be very cross about it being a waste of time,” he said. “They might try to extract a political price but legally they couldn’t insist that you leave.”

Attorney General Jeremy Wright told the High Court last month that a notification invoking Article 50 – probably with a letter from May – was irrevocable.

Malaysia’s king to consult with rulers amid talk of emergency

UK wants deal on Brexit by November at latest