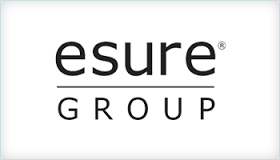 Motor gross written premiums at the insurer were up 18.3 period to 430.6 million pounds the same period, in its first results since a demerger from comparison site GoCompare.com (GOCO.L) on Nov. 3., a move which esure expected to boost performance.