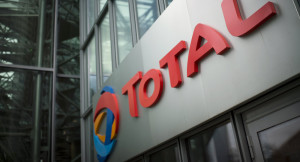 French oil major Total (TOTF.PA) announced on Tuesday plans to equip 5,000 of its service stations across the world with solar panels, which it said would cut Total’s electricity bill by $40 million a year.

Total added that the project represented an investment of around $300 million over 5 years and would cut its carbon emissions by 10,000 tons per year.

Total is not the first oil company to put solar panels on its service stations, and the investment is small by the standards of the company, which spends around $20 billion a year on oil and gas extraction.

Nevertheless it is a high-profile move in what it sees as a growth sector. Earlier this year, Total bought up stakes in two solar power start-ups via its $150 million Total Energy Ventures venture capital fund.

“The project is fully aligned with Total’s ambition of becoming the responsible energy major and its commitment to developing solar power,” said Philippe Sauquet, President of Gas, Renewables & Power at Total.

Europe’s biggest oil companies, which have been bruised by a pullback in oil prices over the last two years, have all been intensifying their push into renewable energy as they hunt for new sources of future revenue.