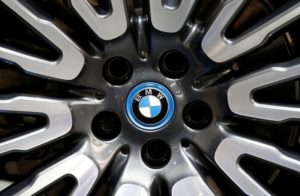 Australia’s corporate regulator said on Tuesday that German carmaker BMW (BMWG.DE) has to pay A$77 million ($57 million) to compensate customers who received loans they could not afford, in what is Australia’s largest ever consumer credit remediation program.

The payments will compensate at least 15,000 customers who may have suffered hardship between January 2011 and August 2016 due to loans received from local financing unit BMW Australia Finance Limited, the Australian Securities & Investment Commission (ASIC) said in a statement on its website.

The lion’s share of the sum, at A$50 million, will go toward the write-off of loans. Smaller sums will be for compensation, interest rate reductions on existing loans and initiatives to improve consumers’ financial literacy.

“BMW Finance had a sales-driven culture that failed to comply with the requirements of the credit laws and resulted in poor outcomes for many consumers,” ASIC Deputy Chairman Peter Kell said in the statement.

BMW confirmed its agreement with ASIC and said its Australian financing unit had been working with the regulator to ensure that its processes complied with local laws.

Navy secretary to Marines: Women in combat is irreversible