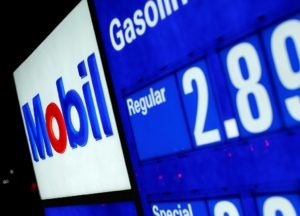 But some oil executives take a different view, predicting electricity will play only a bit part in transport out to 2040 at least. If they are on the wrong side of the argument, it could come at a cost to an industry where new projects often cost billions of dollars to build and need decades of at least moderate crude prices to pay off.

ENI SpA Chief Executive Claudio Descalzi is among those who believe the threat posed to the oil industry by electric vehicles is not significant.

“Electric cars, they can grow, but I don’t think that is a problem (for us),” Descalzi told Reuters on the sidelines of a conference in London last month.

Both predict that in 2035, less than 10 percent of new cars will be electric vehicles (EVs) or plug-in hybrids – cars with a backup combustion engine for when the battery runs flat.

“Our central view in the outlook is the penetration of electric vehicles and electricity more generally is likely to be pretty limited over the next 20 years,” Spencer Dale, BP’s Chief Economist, said in February.

The carmakers don’t produce comparable long-term outlooks for vehicle production but their nearer term predictions for vehicle roll-outs envisage a much faster take up of EVs.

Dieter Zetsche, CEO of Mercedes Benz manufacturer Daimler AG, said in September his goal was to have EVs make up between 15 and 25 percent of group global sales by 2025.

BMW AG has said it could do the same. Ford CEO Mark Fields said in April that by 2020, 40 percent of models would be electrified.

“For over 100 years the internal combustion engine has been a basic design assumption for our business, for our industry,” Hau Thai-Tang, Ford vice President for Purchasing told analysts at an investor day in September.

“This shift to electrification is game changing,” he added.

For the oil companies, a lot is riding on the accuracy of their demand forecasts, said Alex Griffiths, Group Credit Officer for corporates at credit rating agency Fitch, who produced a report about electric vehicles.

“Without that (oil) demand increase, you potentially find that the market gets out of kilter… which is not a good place for the oil industry to be in,” he said.

To be sure, some in the oil industry are predicting a rapid expansion of EVs and some carmakers are conservative on EV prospects, but they are in a minority.

Norway’s Statoil, for instance, says electric motors could roll out widely in the next two decades. And Fiat Chrysler Automobiles NV CEO Sergio Marchionne has expressed caution about the uptake of electric cars.

Where there is a variance in outlook between the oil and auto industries, it is usually down to different expectations around technological developments and what happens in emerging markets.

Carmakers expect batteries to become cheaper and be able to support greater vehicle range than some oil companies have predicted.

Oil companies have said regulated caps on vehicle emissions can be most efficiently achieved by improvements in combustion engine efficiency.

But carmakers say it is becoming increasingly expensive to hit emissions targets with combustion technology. BMW Chairman Harald Krueger told investors last year that electric motors were the only way to meet CO2 emissions regulations coming into force in Europe and elsewhere.

But an even bigger reason why many in the auto industry believe the future for cars is electric is because of developments in car ride sharing and autonomous vehicles.

Thanks largely to the involvement of Silicon Valley companies like Google owner Alphabet Inc., driverless cars have gone in a few years from the stuff of science fiction to a reality.

Many of the big carmakers are developing models and predicting large-scale roll-outs in the 2020s. Indeed, they predict the technology could change their business model from selling vehicles to providing transport as a service.

That would be a big boost for electric engines. Electric cars are expected to remain more expensive than combustion engine vehicles for the foreseeable future but their operating costs are much lower than gasoline.

That extra cost can be quickly recouped if the vehicle is part of an autonomous fleet with a high utilization rate – as ride hailers like Uber Technologies envisage emerging in the next decade.

Also, with fewer moving parts, electric cars are cheaper to maintain – another incentive for fleet owners. And perhaps most crucially, driverless technology integrates better with an electric engine than a combustion engine because such technology needs electricity to operate, auto experts say.

“All those sensors and that computer platform, the beauty is on board we’ve got a lot of capability to power all those systems,” Pam Fletcher, General Motors Chief Engineer said at a conference in September.

There is no evidence oil companies have factored this change into their calculations. Neither BP nor Exxon’s outlooks mentioned autonomous vehicles, although a policy document issued by BP on Monday said driverless cars would be considered in its next outlook due out in early 2017.

Nor were autonomous vehicles mentioned in the transcripts of 44 analyst presentations given in the past year by the seven biggest Western oil companies – Exxon, BP, ENI, Royal Dutch Shell Plc, Chevron , ConocoPhillips and France’s Total SA – reviewed by Reuters.

The companies said they had not modeled the impact of autonomous vehicles, or they declined to comment.

A spokesman for the International Energy Agency, which advises developed nations and their oil companies on energy policies, said it had not yet studied the potential impact of driverless cars on oil demand.

CHINA MAY BE KEY

Oil executives’ outlook for oil is also supported by an expectation that increased car ownership in emerging markets can more than make up for any increase in EV penetration.

“When we talk of electric cars, we are talking about the OECD,” ENI’s Descalzi said, referring to the group of 35 largely rich industrialized nations. “More than 1.3 billion (people) have no electricity,” he added.

But Simon Redmond, Director, Oil & Gas Corporate Ratings at credit rating agency Standard & Poors said there was a risk that developing countries’ adoption of the automobile echoed their experience with telecoms. In that case, consumers largely skipped use of the established technology – fixed land lines – and went straight to the latest technology – mobile phones.

Indeed, some in the auto industry think emerging markets could well outpace some rich countries in adopting EVs.

“We believe that China is going to lead in the penetration of electric vehicles into the market,” Mary Barra, General Motors CEO, said in October.

Exxon predicts that by 2040, car ownership in China will triple to about 30 vehicles per 1,000 people. BP predicts such growth, and an increase in miles driven per vehicle over the next 20 years, will help China overtake the United States to become the world’s largest liquids consumer in 2032.

Yet, China is already the largest market for electric vehicles in the world, helped by government subsidies worth up to $10,000 per car and exemptions from traffic restrictions in cities such as Beijing and Shanghai.

Between January-October, sales of all-electric and plug-in hybrid models totaled 337,000 and the country is targeting 5 million such vehicles on its roads by 2020.

The government also offers incentives to manufacture electric vehicles in China, including more relaxed restrictions on foreign ownership of carmakers, and plans to set quotas that would require a certain proportion of cars built in China to be zero-emission vehicles.

Analysts say the risk for oil companies is that, with growth in crude demand baked into market analysts’ forecasts, anything which suggests the shift to electric vehicles will be quicker than expected can impact oil prices years before the shift occurs.

“The key risk for the industry is the rate of change,” said Redmond. “It does bring into question some of the economics of the different type of projects that the (oil) majors may want to look at,” he added.

10 years on, NATO says Georgia will one day join