British housebuilder Bovis, which was subject to two failed takeover bids earlier this year after it warned on profits, said it had earmarked an additional 3.5 million pounds to fix problems related to its homes.

The builder has been subject to negative media coverage in Britain after some buyers complained about the quality of its properties, citing issues ranging from a lack of sealant in bathrooms to the heads of nails poking through walls.

The firm, which is undergoing a turnaround plan under a new chief executive, said both sales and completions had fallen as anticipated as it tries to tackle customer complaints.

“This further provision will ensure we are fully resourced to complete the works identified as swiftly as possible whilst at the same time delivering the appropriate high level of service to our new customers,” it said in a statement.

UK is likely to delay Brexit and a referendum is possible, Farage says

Melbourne joins Sydney in lockdown as COVID-19 spreads in Australia 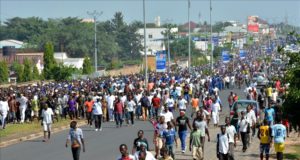