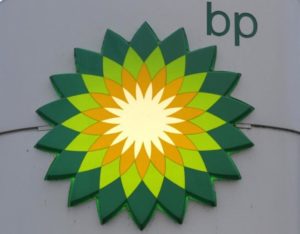 Seven years ago, a BP oil well blew out off Louisiana, causing the Deepwater Horizon drill rig to explode, killing 11 workers and releasing several million barrels of toxic crude oil into the Gulf of Mexico.

As co-chairmen of the bipartisan National Commission on the BP Deepwater Horizon Oil Spill and Offshore Drilling, we investigated the causes of the disaster and examined the offshore drilling industry to identify ways to reduce the risks it poses to workers, the public and the environment. Although Congress has refused to enact any of the commission’s safety recommendations, the Department of the Interior adopted many of them after extensive input from industry, government and the public.

President Trump’s April 28 executive order on offshore energy threatens to abolish these safety improvements and, as he put it, start “the process of opening offshore areas” to energy exploration. He took a further step last week to expand oil and gas extraction in the environmentally sensitive outer continental shelf. The commission members are unanimous in their viewthat the actions proposed in the president’s executive order are unwise.

As Americans flock to the nation’s beaches this summer, it is important to understand what Mr. Trump’s recent moves portend. Specifically, his executive order calls for the reconsideration of a critical safeguard that is the most important action the government has taken to reduce offshore drilling hazards. This safeguard, the well control rule, tightened controls on blowout preventers designed to stop explosions in undersea oil and gas wells. The rule was based in part on lessons the commission learned about the root cause of the BP disaster.

Had this common-sense rule been in place on April 20, 2010, that calamity might well have been averted. Weakening or rescinding this rule would increase the risks of offshore operations, put workers in harm’s way and imperil marine waters and coastlines.

Mr. Trump’s order also directed the Interior Department to review current rules on offshore drilling. Opening more areas to exploration, as the Trump administration moved to do last week, could threaten the fragile Arctic Ocean off Alaska as well as environmentally sensitive reaches of the Atlantic Ocean and the Gulf of Mexico. A spill in any of those waters could threaten multibillion-dollar regional economies that depend on clean oceans and coastlines.

Nothing has changed to justify these moves since the current five-year offshore leasing plan, which runs through 2022, was finalized after years of public and industry input. Broad public opposition to expanding drilling into frontier areas has not diminished. Nor are the identified potential harms to economies and ecologies any less significant.

President Trump’s executive order disregards these facts. It fails to account for the vulnerabilities of the ocean’s frontier regions, a lack of adequate federal investment in safety measures for Arctic conditions, or the danger to coastal economies. It will put workers’ lives as well as ecologically rich and economically important waters and coastlines at needless additional risk.

Still feelin’ groovy: Woodstock photo couple together after all these years

European states should pay costs to benefit from nuclear deal