The head of Austria’s Jewish community issued a warning to the conservatives (OVP) and Social Democrats (SPO) against working with the far-right Freedom Party (FPO) as OVP leader Sebastian Kurz, heading into coalition talks, spoke of overlap with FPO.

Kurz, whose OVP won elections this month but fell short of a majority at around 32 percent, said late on Sunday his party has common ground with the FPO “on many issues” and that he held constructive talks with FPO leader Heinz-Christian Strache.

“When the nationalist wolf puts on a blue sheep skin it does not change its nature, only its appearance,” said Oskar Deutsch, head of Austria’s main Jewish association, in an open letter on Facebook to both centrist parties.

Blue is the Freedom Party’s color.

“If OVP and SPO believe they can tame the wolf, they are deceiving themselves,” Deutsch said.

Founded by former Nazis six decades ago, the Freedom Party long ago left the political fringes to establish itself as a mainstream party, gaining around a quarter of votes in parliamentary elections on Oct. 15, within a whisker of the Social Democrats.

In 2000, the EU imposed sanctions on Austria over the FPO’s joining the government. Such a step seems unlikely today, given populist movements in Europe that drove Britain from the EU and put a far-right party, the Alternative for Germany (AfD), into the German parliament.

Strache has worked for years to sharpen the party’s focus from broadly anti-foreigner to fiercely anti-Islam.

Strache insists that anti-Semites have no place in today’s FPO, which routinely has to expel members who step over the line. He has visited the Yad Vashem Holocaust memorial in Jerusalem and has called anti-Semitism a crime.

“(The FPO) make scapegoats of people who think and look differently,” Deutsch said, adding that “almost daily” there were racist and anti-Semitic incidents.

“Symbolic visits to Israel cannot conceal all this. Austria’s Jewish community will not whitewash (this).”

Kurz finished initial talks with the heads of all parliamentary factions on the weekend, planning to head into formal coalition talks quickly and form a government within two months.

“From my point of view it’s clear that there is conformity in terms of content on many questions with the FPO,” Kurz said late on Sunday. Both conservatives and the far right want to curb immigration, cut back the state and decrease the tax burden on companies. 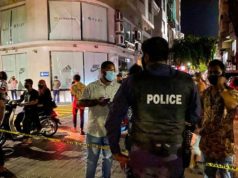 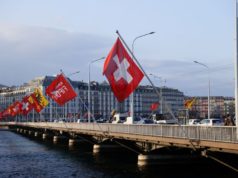 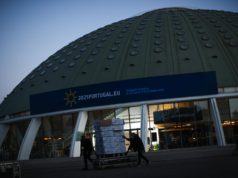