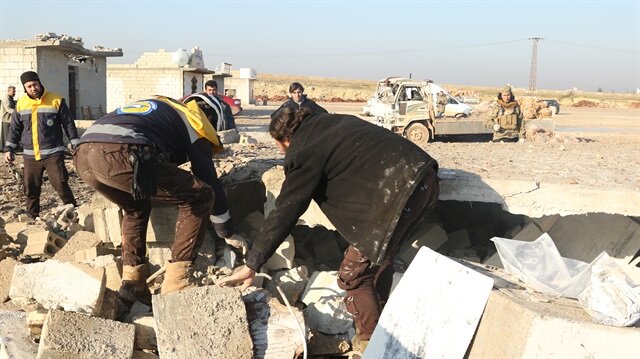 At least 11 civilians were killed and 13 others injured in an airstrike on a marketplace in Idlib province in northern Syria on Monday, according to an official with the White Helmets civil-defense agency.

He said rescuers have moved the injured civilians to hospitals in the area.

Located in northern Syria near Turkish borders, Idlib province was declared as a “de-escalation zone” on May 4-5, 2017.

Controlled by anti-regime armed groups, the province has been under intense airstrikes for the last 1.5 months.

Syria has been locked in a devastating civil war since March 2011, when the Bashar al-Assad regime cracked down on pro-democracy protests with unexpected ferocity.

While UN officials say hundreds of thousands of people have been killed in the conflict, Syrian regime officials say the death toll is closer to 10,000. 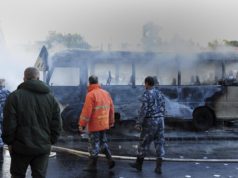 Commander says Iran’s people will punch U.S. Secretary of State in the mouth