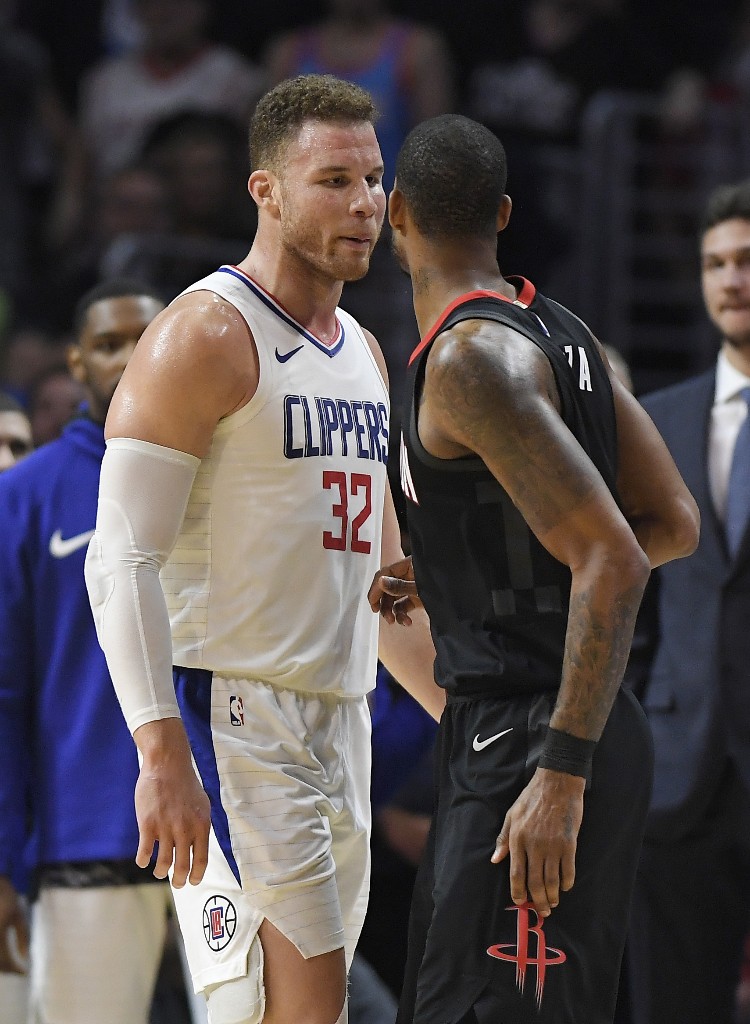 NBA Commissioner Adam Silver was asked in London last week about fining misbehaving players, and even he acknowledged the penalties aren’t much of a deterrent.

“More symbolic than anything,” Silver said.

It might be time for the league to change that.

At least based on what’s happened in the NBA the past couple days. The postgame locker-room incident that involved some players from the Houston Rockets and the Los Angeles Clippers on Monday — the holiday celebrating the life of Dr. Martin Luther King Jr., no less — was a bad look for the league, as was the wild swing that Orlando’s Arron Afflalo threw at Minnesota’s Nemanja Bjelica on Tuesday.

The James Johnson-Serge Ibaka dustup during the Miami-Toronto game last week earned those players one-game suspensions that cost them a total of about $300,000. Utah’s Rodney Hood might have been lucky to have been fined only $35,000 for slapping a phone out of a fan’s hand. Ben Simmons and Kyle Lowry were probably smart to just talk about taking their differences outside, and not actually go that route.

But the Clippers-Rockets circus, whatever it was, has to be of major concern to the league.

Players are upset with referees, and that airing of grievances will be aired officially in meetings with the league at All-Star weekend. Whatever the players say in Los Angeles might seem less credible now, especially after the last few days. Further complicating matters is that Rockets star Chris Paul — who is president of the National Basketball Players Association — recently called out referee Scott Foster, plus allegedly had a role in the postgame events Monday.

It’s a tough spot for the NBA.

It’s also not a time for anything symbolic. Silver is a player-friendly commissioner, but that doesn’t mean the NBA can’t show some teeth.

Chicago’s Lauri Markkanen got to 100 3-pointers made faster than any rookie in NBA history, needing only 41 games to get there.

Dirk Nowitzki’s single-season record of 3s by a 7-footer has stood since 2000-01, when he made 151. Markkanen is on pace to smash that mark, as the trend of 7-footers having crazy range continues.

So far this season, 28 players listed at 7-foot or taller have made at least one 3-pointer. That’s already a record, topping the 22 7-footers who made one last season. Also, 7-footers combined to make 1,100 3-pointers last season — and the pace this season is closer to 1,500.

There have been more 3s made by 7-footers in the last two seasons than there were in the first 28 seasons of the 3-point shot combined.

The Celtics announced the death Tuesday of legendary guard Jo Jo White, a seven-time All-Star, two-time NBA champion, the MVP of the 1976 NBA Finals and an Olympic gold medalist.

“We are terribly saddened by the passing of the great Jo Jo White,” the Celtics said. “He was a champion and a gentleman; supremely talented and brilliant on the court, and endlessly gracious off of it.”

White went into the Basketball Hall of Fame in 2015.

LeBron James next plays on Thursday, and is now 41 points shy of becoming the seventh NBA player with 30,000 for his career.

It’s a reasonable guess that James has other things on his mind right now. Cleveland is on its second four-game losing streak of the season, and this is the first time since 2006-07 that James has been on the floor for two separate streaks of four consecutive losses in the same season.

A look at some of the games to watch this week:

— Heat at Bucks, Wednesday: Some Milwaukee players were mad that Goran Dragic shot a late 3-pointer in Miami’s 18-point win Sunday over the Bucks.

— Timberwolves at Rockets, Thursday: It’ll be interesting to see who Houston has available, and Minnesota isn’t that far back of the Rockets out West.

— Spurs at Raptors, Friday: San Antonio is 12-2 in its last 14 against Toronto, and five of their last seven meetings were decided by seven points or less.

— Thunder at Cavaliers, Saturday: Carmelo Anthony faces off with LeBron James for the 36th time. James is 22-13 so far, 11-1 in their last 12 matchups.

— Celtics at Lakers, Tuesday: Boston looks for a fifth straight win over the Lakers, which would be its best streak since taking 10 straight from 1974-76.

STAT OF THE WEEK

93: Points by Anthony Davis in his last two games, including a 45-point effort in New Orleans’ win at Boston on Tuesday. The Pelicans have now topped 12 of the 15 teams in the Eastern Conference (they got swept by Toronto, are 0-1 against Washington and have yet to play Charlotte).

Nicky Hilton Lets Loose in Miami for Her Bachelorette Party