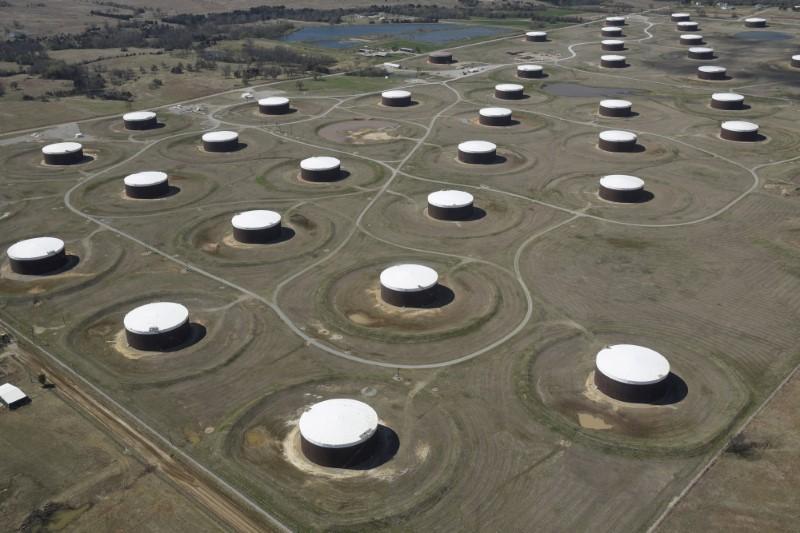 Brent oil prices hit $71 per barrel on Thursday for the first time since 2014 as the dollar continued to weaken and crude inventories in the United States fell for a 10th straight week, amid ongoing supply cutbacks by OPEC and top producer Russia.

U.S. West Texas Intermediate (WTI) crude futures climbed to $66.35 per barrel, also the highest level since early December 2014, before dipping to $66.14. That was still up 0.8 percent from the last settlement.

Both crude benchmarks have risen by almost 60 percent since the middle of last year.

Price have been supported by supply restrictions led by the Organization of the Petroleum Exporting Countries (OPEC) and Russia, the world’s biggest oil producer. The output cuts started last year and are set to last throughout 2018.

“That (the producer cut), the U.S.-dollar fall, along with another inventory draw combined to drive (crude) up,” said Greg McKenna, chief market strategist at futures brokerage AxiTrader.

That is the lowest seasonal level since 2015 and below the five-year average of about 420 million barrels.

In foreign exchange markets, the U.S. dollar hit its lowest level since December 2014 against a basket of other leading currencies.

A weakening dollar often results in financial traders taking investments out of currency markets and putting money into commodity futures like crude.

“The market is so tight … The problem with this environment is that if you have something in say, Libya, and production goes down by 500,000 barrels (per day) … it (Brent) can easily go to $75 by May,” he said.

Analysts said rising oil prices would likely start to have an inflationary effect.

“Higher oil prices will eventually be reflected in higher consumer prices as the costs of transport of most goods will rise,” said William O‘Loughlin, investment analyst at Australia’s Rivkin Securities.

Looming over the generally bullish market has been U.S. oil production, which is edging ever more closely towards 10 million barrels per day (bpd), hitting 9.88 million bpd last week.

U.S. output has grown by more than 17 percent since mid-2016, and is now on par with that of top exporter Saudi Arabia.

Coe says Kenya could be banned from Olympics: reports