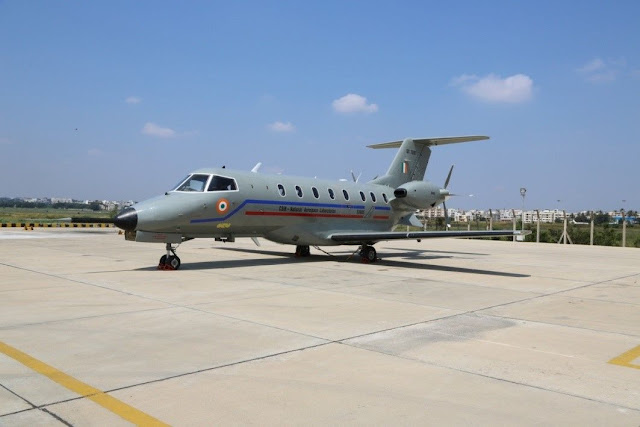 Plane is expected to become part of Turkish Air Force’s inventory in mid-2018, according to Turkish Aerospace Industries

The Hurkus-B aircraft, designed and upgraded by Turkish Aerospace Industries (TAI), carried out its first test flight on Tuesday, according to the Ankara-based company.

The plane, which is expected to be inducted in Turkish Air Force’s inventory in mid-2018, is more stable and comprehensive than the previous version, Hurkus-A, the TAI said.

The Hurkus-B is expected to go through several tests in many categories such as engine, avionics, stability and flight perfection, TAI said.

Additionally, the Hurkus-B will be part of Turkish Air Force’s inventory once the plane completes its planned 90-hour sortie flights.

Indicated the best in its class, Hurkus-B’s all systems such as cockpit, ejection seat, oxygen support, landing gears and weight strength have been designed as a jet cockpit.

TAI President and Chief Executive Officer Temel Kotil said Hurkus-B’s characteristics and dynamics had been renewed after Hurkus-A, which was made to be used for civil use.

“It is also faster, more modern and powerful than Hurkus-A. This version was designed as a more stable and comprehensive plane,” Kotil said.

Based in Ankara, the TAI is serving the aerospace and defense industries by manufacturing unmanned aerial vehicles, aircraft, helicopters and satellites, and their components.

TAI was established in June 1973 under the auspices of the Ministry of Industry and Technology in order to reduce foreign dependency in the country’s defense industry.

Israeli lawmakers vote to ban some left-wing groups from schools

Gattuso says Milan have only themselves to blame for Europa exit