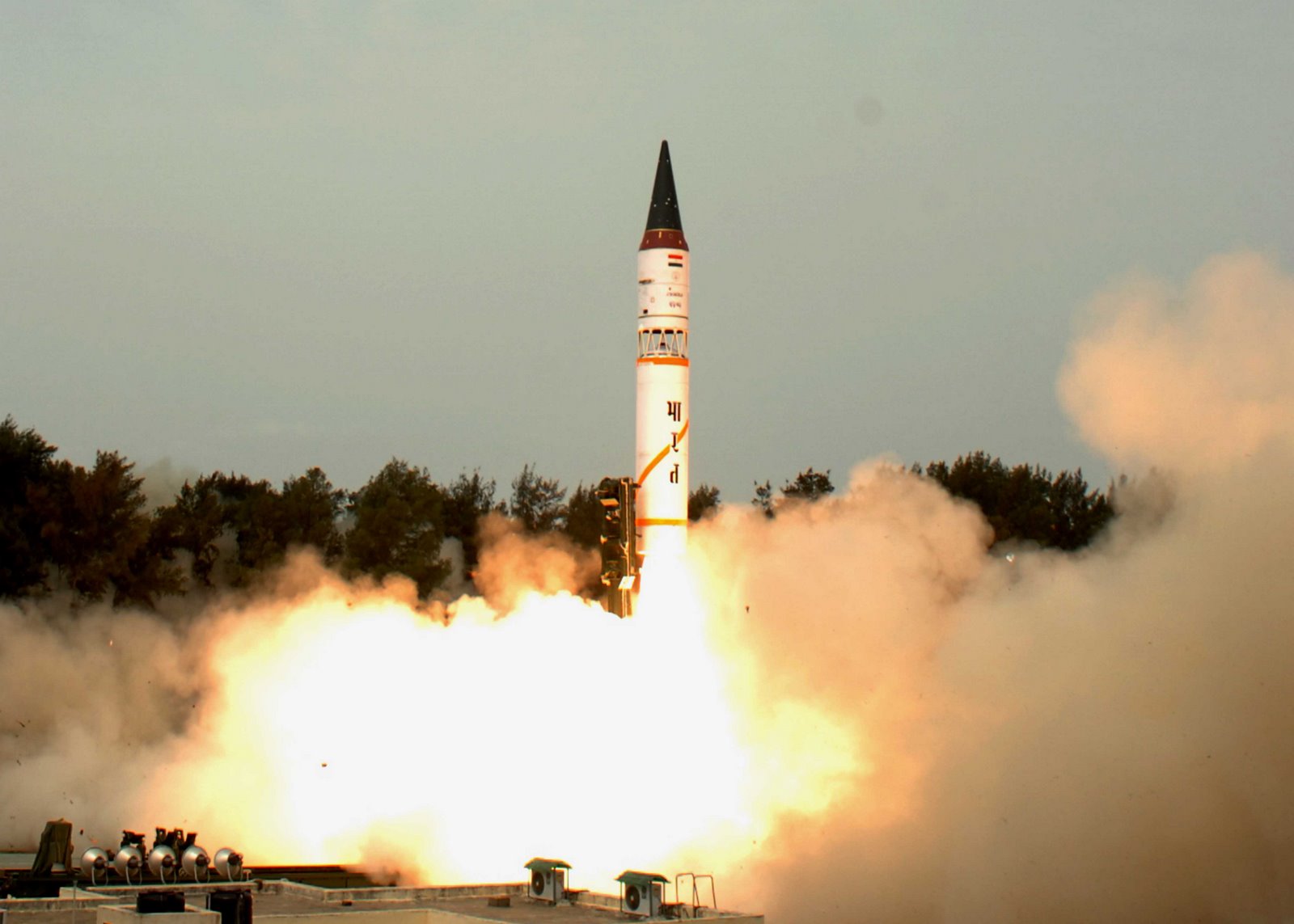 India on Thursday test-fired a nuclear-capable intercontinental ballistic missile with a strike range of over 5,000 kilometers (3,106 miles), according to local media reports.

Citing Defense Minister Nirmala Sitharaman, the Indian Express reported that the test-fire of the surface-to-surface missile, Agni-V, was conducted off a test range from an island in Odisha, an eastern Indian state on the Bay of Bengal.

The new weapon will eventually join the arsenal of India’s Strategic Forces Command, a part of the country’s Nuclear Command Authority responsible for the management and administration of the tactical and strategic nuclear weapons stockpile.

Thursday’s test-fire was the first user-associate test of the Agni-5 missile following four successful developmental trials between 2012 and 2017.