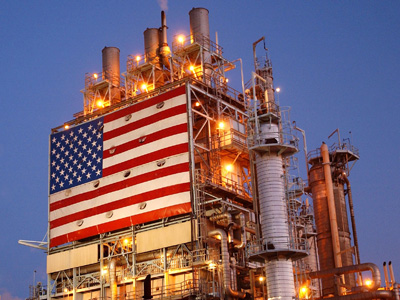 The geopolitical risks to the U.S. oil supply are at their lowest levels since the early 1970s, according to a new report released on Friday.

Researchers from Rice University said that fracking of natural gas, international policies aimed at reducing climate change and a more diverse global supply of energy have helped to stabilize the U.S. oil supply.

The authors said that U.S. military support for its allies in the Persian Gulf remain important for the stability of the oil supply, but it may not be as important as it has been in the past. Because many oil-exporting countries are looking to expand markets in more developing nations, the diffuse demand for oil will push suppliers to focus on stability.

“Ongoing trends in global oil markets appear to be pointing to continued improvement in the security of U.S. oil supply,” co-authors Jim Krane and Kenneth Medlock wrote. “U.S. domestic production is increasing, as is the geographic diversity of global oil supply, and environmental pressures are encouraging greater efficiency and adoption of substitute technologies. All of these factors contribute to U.S. oil security.”

Even though the White House has upended America’s commitments to global climate change commitments, most notably by pulling out of the 2015 Paris Climate Change agreement, corporate and individual adoption of energy efficient technologies will reduce the U.S. demand for oil.

“Hence, the more Americans adopt alternate vehicle technologies and fuels, the more they insulate themselves from oil disruptions,” the authors explained.

A report released Wednesday by analyst firm Rystad Energy said that the U.S. could actually become the leading crude oil producer in the world in 2018, besting both Saudi Arabia and Russia for the first time since 1975. By the end of the year, the analysts forecasted that America would be producing 11 million barrels of oil per day, a 10 percent increase from 2017. Rystad pointed to fracking and surging shale oil production as reasons why the U.S. could overtake other countries.