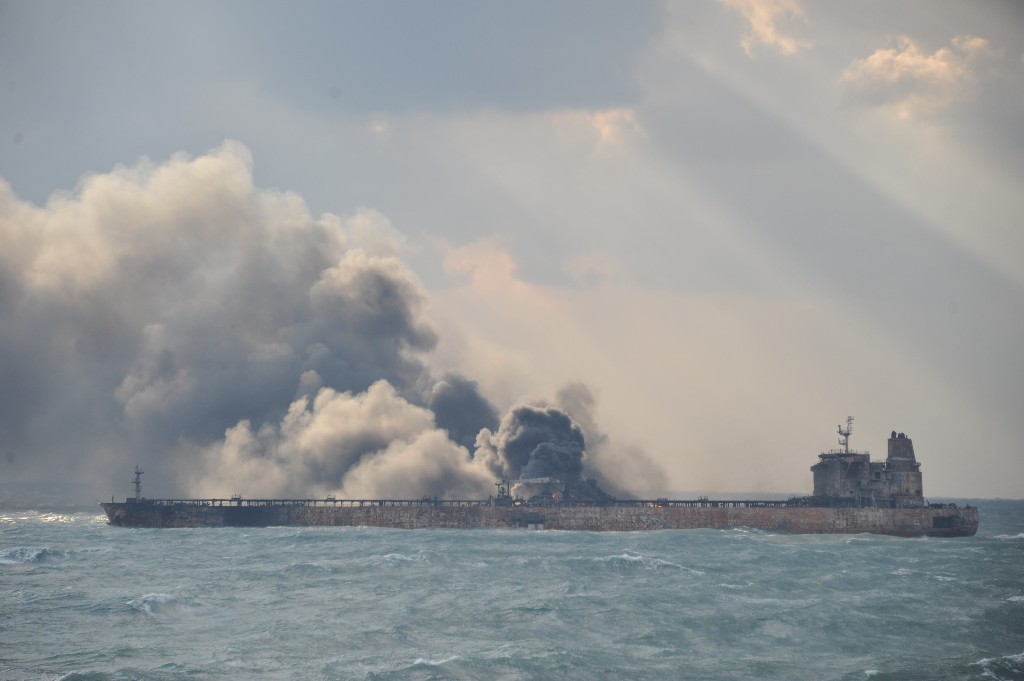 The worst tanker oil spill in decades is unfolding across hundreds of miles of the East China Sea after an Iranian oil tanker carrying more than 100,000 tonnes of toxic oil collided with a freighter and exploded, killing all 32 crew onboard. The ship burned, spewing its cargo, for more than a week before sinking in the waters between China, Japan and South Korea.

The Panama-registered Sanchi was carrying the equivalent of nearly 1 million barrels of ultra-light crude, plus its own fuel, to South Korea. According to the International Tanker Owners Pollution Federation, the collision led to the worst tanker spill in 35 years.

Authorities have had trouble pinning down how big the spill is, as it changes by the day amid strong ocean currents. But concerns are growing about the potential impact to key fishing grounds and sensitive marine ecosystems off Japan and South Korea, which lie in the projected path of the oil, according to Britain’s National Oceanography Centre.

“An updated emergency ocean model simulation shows that waters polluted by the sinking Sanchi oil tanker could reach Japan within a month,” the center said a report posted on January 16. “The revised simulations suggest that pollution from the spill may be distributed much further and faster than previously thought, and that larger areas of the coast may be impacted.”

This interactive graphic shows the likely direction and range of the spill over the coming weeks, and highlights the key reefs, fishing grounds and protected waterways in the area.

‘This is Me’ wins best song at Globes