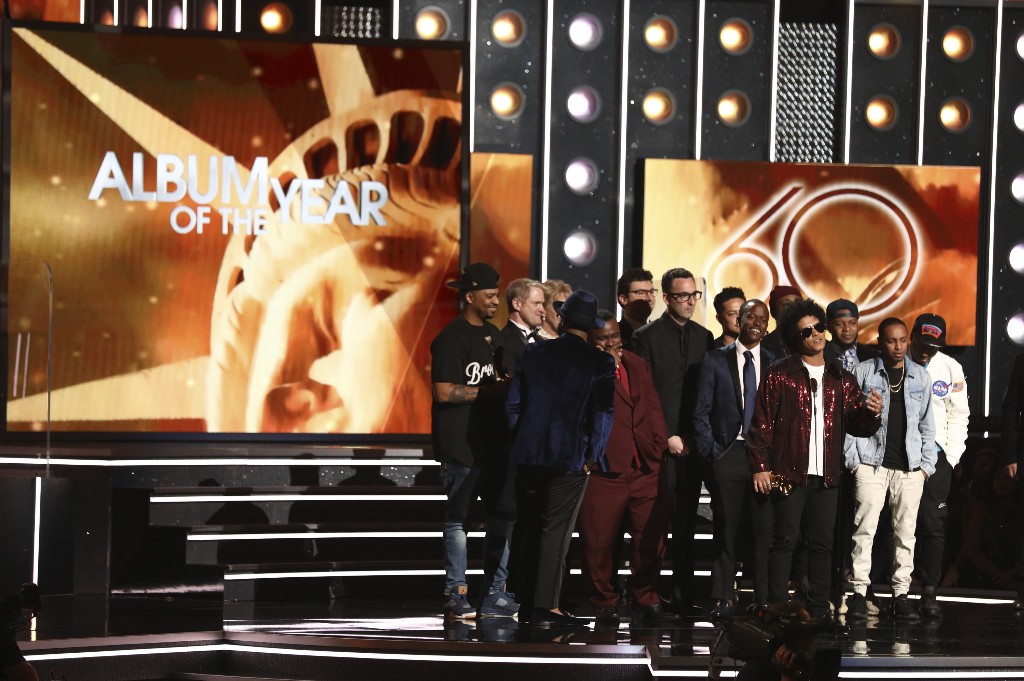 Just under 20 million people watched Bruno Mars’ big night at the Grammy Awards, a steep decline from the 26.1 million viewers who tuned in to music’s biggest night a year earlier.

The Nielsen company said the 19.8 million estimated viewers represented a 24 percent decline from 2017, and the awards show’s smallest audience since 2009.

Absent from the Grammys this year was the major star power of an Adele, Beyonce or Taylor Swift. The Grammys were heavy on rap nominees, including five-time winner Kendrick Lamar, whose medley opened the show.

It was half the 39.9 million people who watched in 2012, when the awards took place shortly after Whitney Houston’s death.