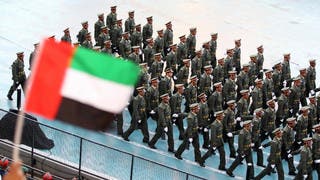 A military official in the United Arab Emirates said on Tuesday its forces had instructions not to escalate an ongoing diplomatic crisis with Qatar.