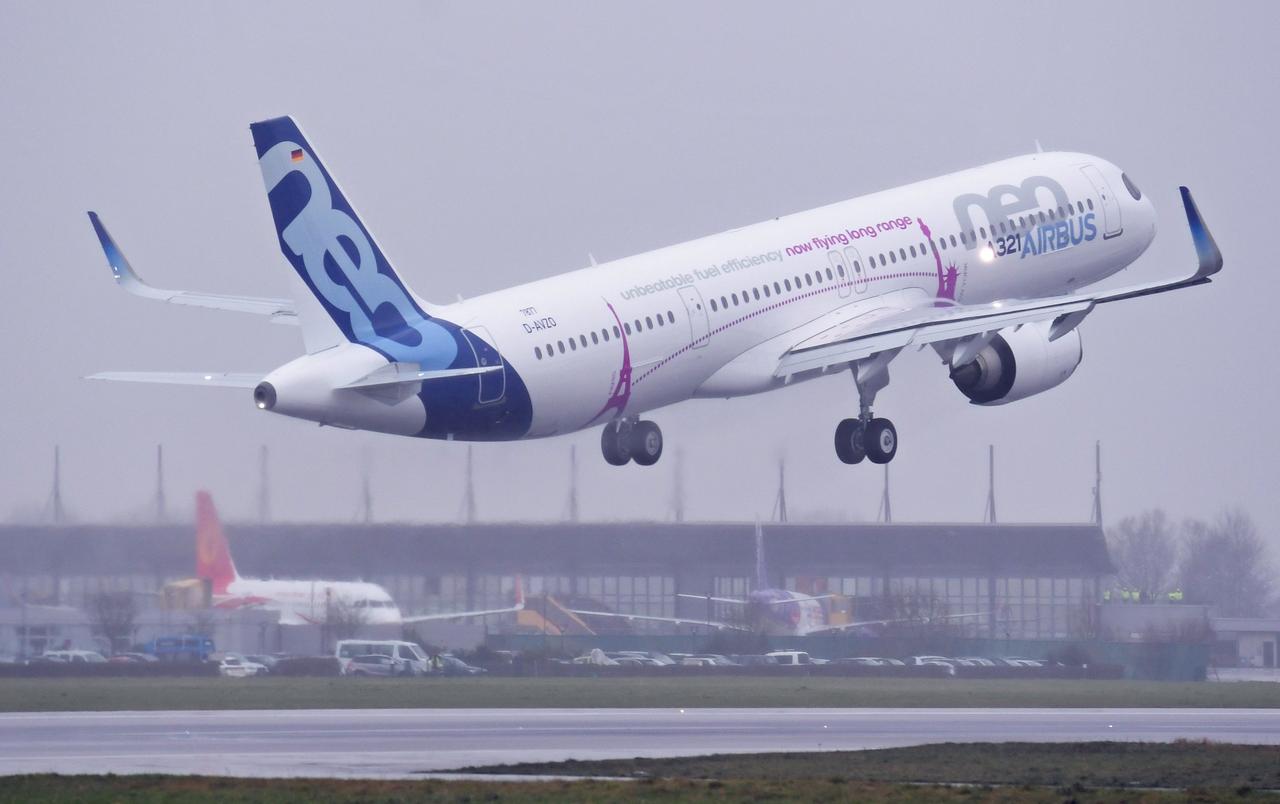 The A321LR, a long-range version of Airbus’s (AIR.PA) largest and newest single-aisle jet, made its maiden flight on Wednesday as the European planemaker looks to retain part of the market where it has been outselling rival Boeing (BA.N).

Airbus says the jet is the world’s longest-range single-aisle aircraft, capable of flying up to 4,000 nautical miles when configured with 206 seats including lie-flat beds.

That makes it a contender to replace long-serving Boeing 757s that are nearing retirement. But Boeing is studying proposals to leapfrog the plane with a compact new twin-aisle jet, designed to serve a broader market from 200 to 270 seats.

A decision on whether to launch the so-called middle-of-the-market passenger jet is expected this year.

Airbus has been outselling Boeing in the market for large single-aisle jets by a margin of four to one and says the new A321LR – with an improved takeoff weight of 97 tonnes – will meet demand to replace elderly 757s and some 767s.

Boeing says the opportunity stretches beyond the 757 replacement market all the way up to planes with 270 seats and would be better served by a completely new airplane. It has, meanwhile, introduced a larger version of its 737 MAX, and last year outsold Airbus three to one in long-haul wide-body jets.

Boeing officials concede the A321LR flies further but say it relies on three, space-absorbing auxiliary fuel tanks, instead of one for the 737 MAX 10 in its longest-range version.

In an effort to pre-empt the possible launch of a new Boeing jet, Airbus is working on further enhancements to the A321 even as it stages the first test of the A321LR, industry sources say.

A person familiar with the Airbus plans told Reuters last week that it was studying a further increase in the A321neo’s take-off weight to 100 tonnes with the help of tweaks to the existing wing and stronger landing gear, requiring more engine thrust.

A second option would include a lighter and larger new wing: something that saves on engine thrust but costs more to develop.

Both options would involve stretching the aircraft slightly to accommodate one or two extra rows of seats, the person said.

Still a chance? 2020 longshots insist race is up for grabs