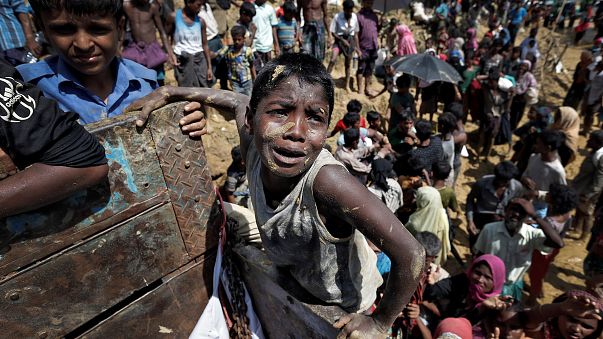 ‘We want the whole world to understand the position of Turkey and support it morally,’ says Bangladesh envoy in Ankara.

Voicing his support for Turkey’s ongoing operation in Syria’s Afrin, Bangladesh’s ambassador to Ankara called for a global boost for Operation Olive Branch.

“As a brotherly country, we have a lot of concern for this trouble that is bordering with Turkey at the moment,” Allama Siddiki told Anadolu Agency over Turkey’s Operation Olive Branch in Afrin, northwestern Syria.

“The international community should unite as it is more or less united in its fight against terrorism, [against] all forms, all kinds of terrorism,” he said, calling for global support for the operation. “We want the whole world to understand the position of Turkey and support it morally.”

According to the Turkish General Staff, Operation Olive Branch aims to establish security and stability along Turkey’s borders and the region as well as protect Syrians from terrorist oppression and cruelty.

The operation is being carried out under the framework of Turkey’s rights based on international law, UN Security Council resolutions, its self-defense rights under the UN Charter, and respect for Syria’s territorial integrity.

Apple Boosts Prices in Russia By Over 30% Following Ruble Decline

Turkey to rule on Istanbul election re-run appeal on Monday