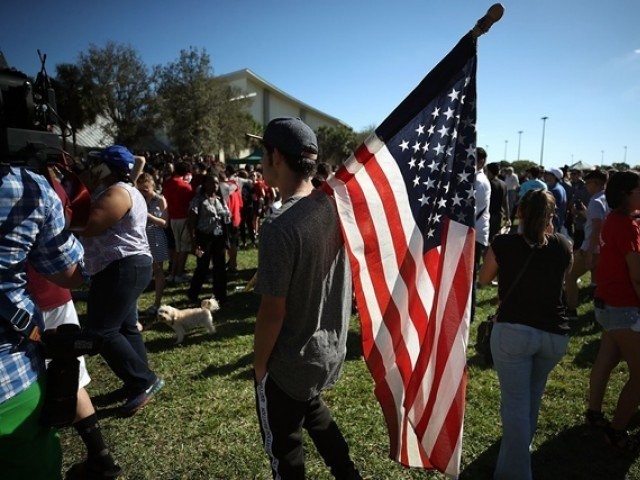 The United States should learn from China and “genuinely” protect human rights by restricting gun ownership, an editorial in a widely read state-run Chinese newspaper said on Friday.

The editorial in the Global Times newspaper was published after a massacre at a high school in Florida last week, in which 17 students and staff were killed, reignited a long-running debate about gun control in the United States.

“Washington has been pointing an accusing finger at other countries over human rights … However, more Americans have been killed by gunfire in the country than American soldiers being killed in all U.S. wars,” the Global Times said.

“Gun ownership in China is strictly regulated, which helps reduce gun-related crimes and deaths. The U.S. should learn from China and genuinely protect human rights,” it said.

Human rights have long been a source of tension between the world’s two largest economies, especially since 1989, when the United States imposed sanctions on China after a bloody crackdown on pro-democracy demonstrators around Beijing’s Tiananmen Square.

China rejects criticism of its rights record, pointing to its success at helping millions escape poverty, and regularly attempts to deflect the issue by calling attention to its critics’ own problems.

However, the ruling Communist Party brooks no political dissent and President Xi Jinping’s administration has seen a sweeping crackdown on rights lawyers and activists.

The Global Times, a hawkish news outlet run by the ruling Communist Party’s top propaganda organ, the People’s Daily, called it “inhumane” to turn a blind eye to gun violence after the shooting at Florida’s Marjory Stoneman Douglas High School.

Gun violence is rare in China because private gun ownership is restricted.

“The U.S. has no other choice but to adopt gun control. The right of life is the most fundamental (of) human rights. The right to bear arms cannot overpower the individual’s right to live,” the Global Times editorial said.

Relics seized from smugglers are returning to Afghanistan