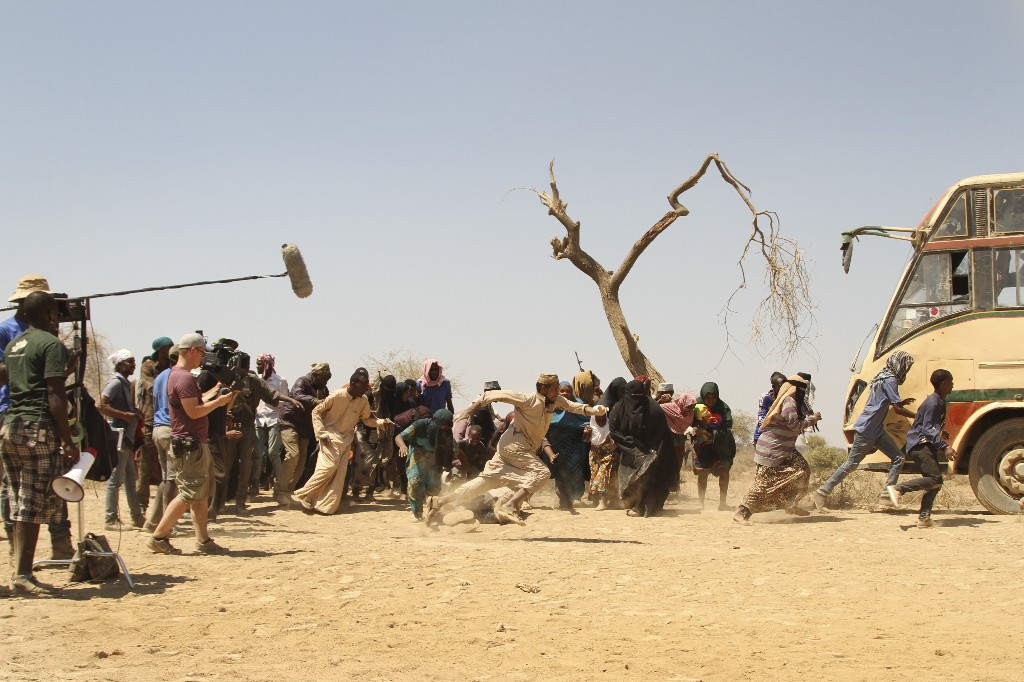 An extremist attack in Kenya inspired a short film that is in the running for an Academy Award.

“Watu Wote” means “All of Us” in Swahili. The film depicts the true story of an al-Shabab extremist assault on a bus in northern Kenya just before Christmas in 2015. Muslim passengers helped to save the lives of Christian passengers by refusing to separate into groups.

German film students read about the attack and decided to tell the story for its message of humanity and solidarity. Director Katja Benrath called the Oscar nomination “surreal.”

The film used many young first-time actors, most of them Somalis. Thousands of people have left Somalia for neighboring Kenya over the years as al-Shabab roams large parts of their homeland, carrying out attacks including the October bombing in the capital, Mogadishu, that killed more than 500 people.

“A lot of them already had traumatizing events in their past, also including terrorist attacks, so it was very, very emotional,” Benrath said. She said the crew tried their best not to re-traumatize people.

Kenyan producer Bramwel Iro said the film shares the courage of the people on the bus with the world at large. The East African nation has been the target of a number of al-Shabab attacks, especially after Kenya sent troops to Somalia in 2011 to combat the extremist group. The attacks, some seeking to separate Christians and Muslims, have caused tensions at times between Kenyans and Somalis.

The film competes against four others in the Best Live Action Short Film category at the 90th Academy Awards on March 4 in Los Angeles.

Julia Louis-Dreyfus is thrilled about her ‘Veep’ return

Macedonia hopes to settle name row with Greece by July