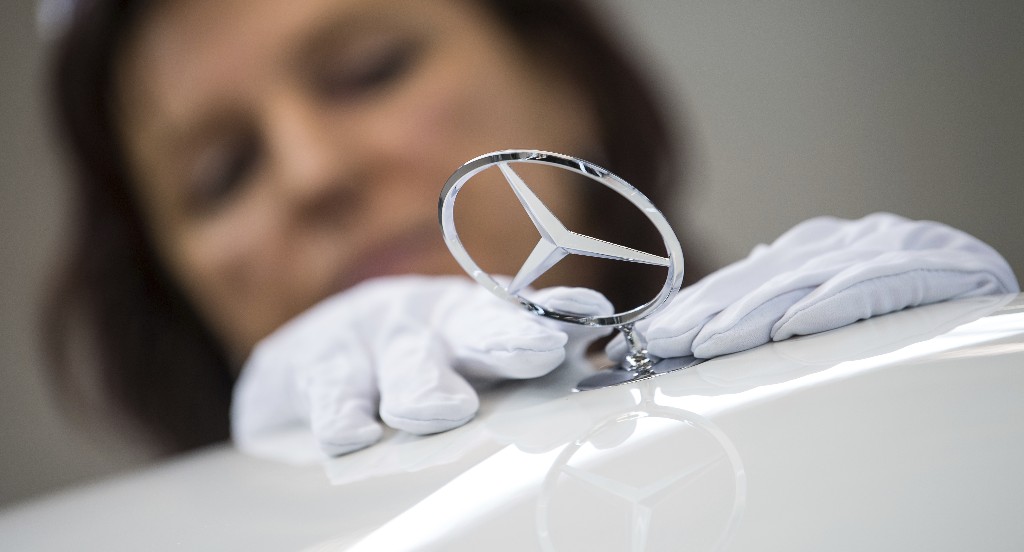 German automaker Daimler made lots of money last year. That’s a good thing, because the company says it will need to spend heavily this year to keep up with the technological change expected to disrupt the car industry.

The maker of Mercedes-Benz luxury cars said Thursday that its earnings this year faced the burden of “very high” expenditure on new models and technologies such as battery-powered cars. Like the rest of the industry, the company is positioning itself for an anticipated shift to autonomous driving and to transportation services such as car-sharing and ride-hailing through smartphone apps.

Based on that, the company issued a measured outlook for this year despite a record profit of 10.9 billion euros ($13.5 billion) last year, saying that operating earnings would only be of “the magnitude of the previous year” instead of increasing.

Daimler AG said spending on research and development would increase slightly in 2018 after spending 8.7 billion euros in 2017, a rise of 15 percent.

The company’s shares dipped on the earnings news and outlook, trading down 1.2 percent at 72.84 euros in midday trading in Europe.

CEO Dieter Zetsche’s position is that the company’s core business — selling gasoline- and diesel-powered luxury cars with fat profit margins, plus trucks and buses — is “very healthy and highly profitable” and can provide the investment cash needed to remain a leader as the industry changes rapidly. Daimler says it will spend 10 billion euros on new electric vehicles in the next few years. It has shown off pre-production versions of a new electric-driven EQ sub-brand within Mercedes, saying the first EQ sport-utility vehicle will be launched by the end of this decade.

Tighter government restrictions on auto emissions of pollutants and greenhouse gases are part of the reason behind the industry-wide push into electric vehicles, even though they have limited appeal to consumers due to higher prices, limited range and the amount of time it takes to charge them. Sales could pick up if battery-powered vehicles become cheaper and more convenient than internal combustion ones — a tipping point that some experts say could be reached by the early to mid-2020s.

For all of last year, Daimler net profit rose 24 percent, helped by strong sales of its Mercedes-Benz SUVs and the new version of its E-Class luxury sedan. Revenue rose 7 percent to 164.3 billion euros and management proposed its highest dividend to date, of 3.65 euros per share.

Earnings were driven by the Mercedes-Benz luxury car division, which increased sales by 8 percent to a record 2.37 million vehicles worldwide. The unit’s revenue rose 6 percent to 94.7 billion euros, resulting in earnings before interest and taxes of 9.2 billion euros, up from 8.1 billion euros in 2016.

The company said it would pay profit-sharing of 5,700 euros per worker for eligible employees, up from 5,400 euros.

The company’s annual news conference in Stuttgart began with Zetsche condemning an experiment commissioned by an industry-backed entity in which monkeys were exposed to diluted diesel exhaust from a Volkswagen vehicle. The entity, known by its German abbreviation EUGT, had representatives from Daimler, Volkswagen, and BMW on its management board.

Zetsche said “such experiments are contrary to our values at Daimler” and said the company’s role would be “thoroughly investigated.” The company has said that its representative on the EUGT board has been suspended.

Pope: Don’t be misled by making money and career your life