Canadian Prime Minister Justin Trudeau on Saturday backed air strikes on Syria’s chemical weapons program by the United States and its allies, but Argentina, Brazil and Peru at a summit in Lima voiced caution about escalating military action.

Addressing regional leaders at the Summit of the Americas in Peru, Trudeau and several other leaders across the Western Hemisphere condemned the use of chemical weapons.

“Those responsible must be brought to justice,” Trudeau said in a plenary session.

“There’s deep concern in Brasil with the escalation of military conflict in Syria. It’s time to find permanent solutions based in the international law to a war that has been going for far too long and ended too many lives,” Brazilian President Michel Temer said in the plenary.

Peru, a non-permanent member of the United Nations security council, called for moderation from all parties involved and said it backed a “political solution,” according to a statement from the foreign ministry.

The official theme of the Summit of the Americas is the fight against corruption. Many countries in attendance are also expected to condemn a pending election in Venezuela.

But Syria, China and trade loomed over the talks on Saturday as Washington seeks to advance the agenda of U.S. President Donald Trump, which is widely unpopular in the region.

Trump canceled his attendance at the summit to focus on Syria. U.S. Vice President Mike Pence, who is filling in for him, is expected to discuss Syria in his speech on Saturday and in meetings with heads of state.

The Pentagon said on Saturday that U.S. strikes in Syria overnight had successfully hit every target and were aimed to deliver an unambiguous signal to the Syrian government and deter the future use of chemical weapons. 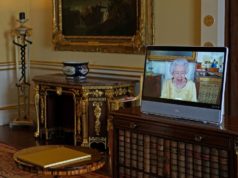