The election victory of opposition parties led by Malaysia’s former authoritarian leader Mahathir Mohamad has raised uncertainty for the economy and for big projects linked to China’s regional infrastructure initiative.

Analysts said Thursday that Mahathir’s strong track record in handling the Asian financial crisis of two decades ago could prevail in the long run.

Malaysia’s currency, the ringgit, fell soon after the results were known. The impact on local share markets won’t be seen until they reopen on Monday.

The opposition coalition tapped into public anger over a corruption scandal and over a new tax to end the National Front’s 60-year hold on power.

The country remains heavily dependent on exports of both commodities and manufactured goods but the World Bank says its economic outlook is “favorable.”

Mahathir Mohamad says the opposition parties who won a shock victory in Malaysia’s elections have a clear mandate to form a new government and he expects to be sworn in as prime minister on Thursday.

He disputed outgoing premier Najib Razak’s assertion that the king must appoint the new prime minister because no single party has a parliamentary majority. The constitution, he said, only specifies that the prime minister must represent those with a majority in the legislature.

In a lively news conference, the 92-year-old Mahathir flagged sweeping changes for Malaysia.

He vowed to cancel an unpopular goods and service tax imposed since 2015 and criticized a recently introduced “fake news” law. The government could also renegotiate the terms of Chinese loans for infrastructure projects.

Mahathir said the new government would seek the release and full pardon of Anwar Ibrahim, an opposition icon imprisoned on sodomy charges that Anwar and his supporters said were fabricated by the National Front to crush the opposition.

Malaysia’s prime minister Najib Razak, who led the ruling National Front coalition to a historic loss in a national election on Wednesday, has conceded defeat.

At a televised press conference, Najib said, “I and my colleagues accept the verdict of the people.”

He said the National Front “will honor the principle of democracy in the parliament.”

Opposition parties, led by Malaysia’s former authoritarian leader Mahathir Mohamad, tapped into anger over a corruption scandal and a new tax to end the National Front’s 60-year hold on power.

Because no single party won a majority in the election, Najib said the country’s king will have responsibility for appointing the next prime minister.

“The national front will respect whatever decision is made by the king,” he said. “I urge all Malaysians to be calm and to trust the king’s wisdom to make the best choice.”

Supporters of Malaysia’s new government have taken to the streets of Kuala Lumpur to celebrate their unexpected election victory.

People stood on roadsides waving the white, blue and red flag of the opposition alliance that triumphed in Wednesday’s national election. Cars honked their horns as they sped past.

“I’m so happy,” said a woman waving the opposition flag. “I hope we’ll have a better Malaysia now. Malaysia reborn!”

Mahathir Mohamad says the new Malaysian government will not be seeking revenge on defeated prime minister Najib Razak, who is accused of involvement in a corruption scandal at state investment fund 1MDB.

U.S. investigators say at least $4.5 billion was stolen from the fund by associates of Najib between 2009 and 2014, including $700 million that landed in Najib’s bank account.

Najib, who denies any wrongdoing, clamped down on dissent to survive the scandal.

Mahathir said he is not seeking revenge and wants to restore the rule of law.

He added that those found to have breached the law will be prosecuted.

Mahathir Mohamad has said after he led a Malaysian opposition alliance to a historic election victory that he expects a prime minister will be sworn in within a day.

Mahathir was the country’s authoritarian leader for 22 years until 2003. He says the opposition’s majority is bigger than announced so far.

The 92-year-old Mahathir says a representative of Malaysia’s constitutional monarchy has contacted the opposition to acknowledge its victory.

Mahathir emerged from retirement and joined the opposition after being angered by an epic corruption scandal involving Prime Minister Najib Razak.

Official results from Malaysia’s national election show the opposition alliance led by the country’s former authoritarian ruler Mahathir Mohamad has won a majority in parliament, ending the 60-year rule of the National Front.

The Election Commission says the opposition has so far won 112 seats and the National Front has 76 seats.

The opposition is also sweeping state elections, including Johor state where the dominant Malay party in the National Front was founded.

Mahathir is 92 and leads an alliance of opposition parties. 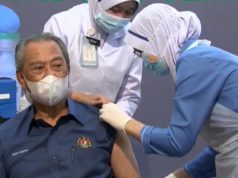 Unaoil denies media link to corruption, says it is a victim of extortion

Turkey cannot have both F-35 and Russia’s S-400: Trump nominee 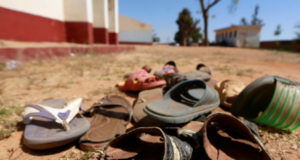