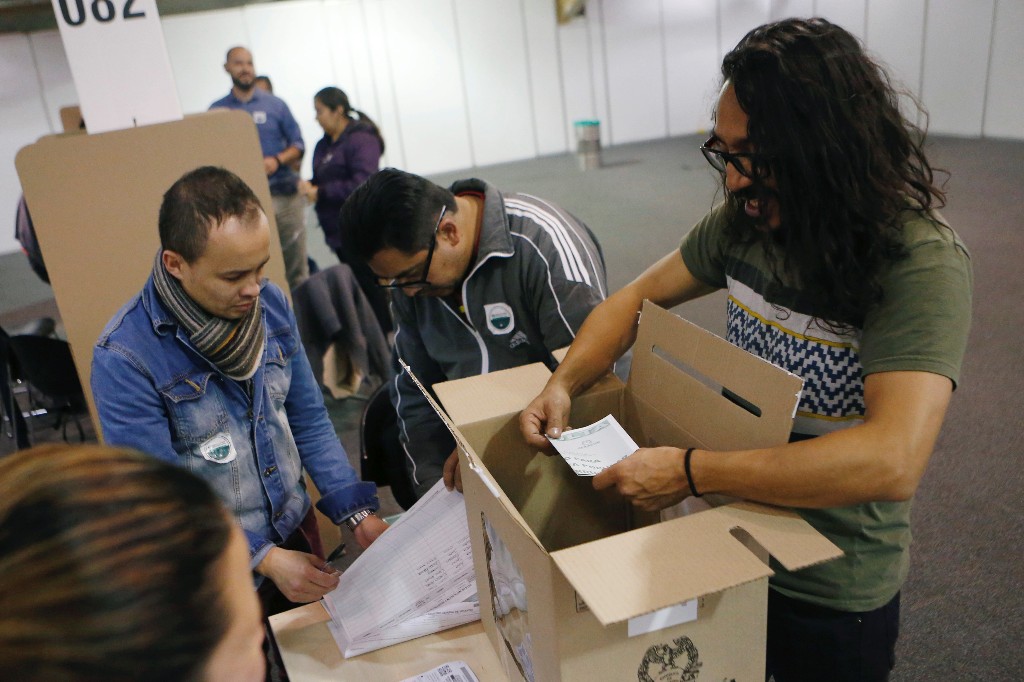 A referendum vote on seven anti-corruption measures failed to meet quorum in Colombia on Sunday, nullifying the results even though each of the measures, including a reduction in lawmakers’ salaries and term limits for public posts, got at least 99 percent support.

Corruption has become a hot topic in the country in recent years as security has improved and Colombians have increasingly turned their attention to headline-grabbing cases, including vote-buying, graft to obtain public contracts and the extradition of the country’s anti-corruption czar for allegedly taking bribes.

Graft costs the country $17 billion a year, equivalent to 5.3 percent of GDP, the country’s comptroller has said.

To be valid each question needed just over 12.1 million votes cast. With nearly 100 percent reporting, just 11.6 million people had voted, under a third of the 36.4 million eligible voters.

Each of the seven questions, including bans on house arrest sentences for corruption, forcing elected officials to publish tax returns and a three-term limit on lawmakers, had more than 99 percent support.

Voters also backed limiting monthly salaries for lawmakers and other high-ranking officials to the equivalent of 25 minimum salaries, or nearly $6,600. Lawmakers currently earn more than $10,500 per month, compared with a minimum wage of about $260.

“Yes” was supported by many leftist and centrist lawmakers. A faux reggaeton video starring politicians backing “Yes” was widely shared on social media this week.

Right-wing President Ivan Duque, who has promised to clamp down on graft with term limits and stiffer sentences, supported the referendum and has called corruption a “cancer.”

However, several members of his party, including ex-president and current senator Alvaro Uribe, who is his mentor, said they preferred to support anti-corruption proposals in Congress instead.

Uribe, whose administration was dogged by corruption probes, is under investigation by the Supreme Court for alleged witness tampering and bribery.

Supporters of the vote said it showed Colombians were fed up with scandals and wanted to hold politicians accountable.

“We were five cents short, but this has shaken the traditional political class,” Angelica Lozano, a Green party senator who backed “Yes” said on local radio. “Citizens want a real and genuine change.”

“Yes” lawmakers will present a suite of laws based on the seven measures this week, the campaign said.

In a televised speech late on Sunday, Duque urged lawmakers to support anti-corruption reforms and citizens to report graft.

“Together we’ll defeat those who ransack public resources, together we’ll build the future that Colombia deserves,” he said.

Lucas Hedges comes of age, 1 film at a time