In a sight more familiar to Mexico’s most dangerous border cities, goggled and masked officers hung from open doors, surveying the streets, their weapons trained on the ground 250 meters (820 ft) below.

When homicides, kidnapping and extortion soared across the country over the past decade as cartels battled security forces, Mexico City kept a lid on the worst crime and prospered, earning fame as a trendy getaway for foreign tourists.

For several years, murders in the capital actually declined. Now though, killings are at a record –up 45 percent since 2014. The city is on track for another record this year.

Although still well below the national average, and comparable to some U.S. cities, the violence in Mexico City is further denting the image of a country whose top resorts of Cancun and Los Cabos have seen gory murders and shootouts soar over the past year.

Just in recent days, Mexico City crime pages reported a man whose body was found in a car, his head on the roof, and another whose limbs were found in an ice box. Earlier this year, an American tourist was killed by a stray bullet at an upscale taco joint.

Police say much of the crime stems from retail drug dealing from violent local gangs, although authorities say at least one of these has links to the Jalisco New Generation Cartel, a major national trafficking group.

President-elect Andres Manuel Lopez Obrador has vowed to bring peace to the country during his six year term and on Tuesday launched consultations with victims about a possible amnesty law for low-level crimes.

Saying it wants the city to be in a better state when it hands over to new mayor and ally of Lopez Obrador in December, the capital’s interim government is now trying to take back streets where open drug dealing and robbery are common.

Starting in July, a new police chief, Raymundo Collins, dispatched a fleet of ten helicopters to criss-cross the city every day, moving low and slow across high-crime neighborhoods for surveillance and in an attempt to intimidate criminals.

The strategy of high-profile policing may not last beyond December but it is a startling reminder to residents of the creeping drug violence in a sprawling city that would rather be known as one of Latin America’s top spots for art, culture and business.

Collins’ office says police had doubled the average daily arrests of drug dealers in his first couple of weeks on the job.

“We’re raising the cost of being a criminal,” he said in an interview. “Haven’t you heard that people say I’m very tough?”

However, critics say helicopters may help some feel safe, but were unlikely to lower crime in the medium-term.

David Shirk, Professor of International Relations at the University of San Diego, who studies Mexican criminal justice, believes major cartels were beginning to fight for the capital.

That’s “something we have not really seen before” in Mexico City, Shirk said.

“I’m worried that once it starts, it escalates.”

More than 90 percent of residents in the north, south and east of the capital report feeling unsafe. Less than 10 percent of crime is reported, statistics body INEGI estimates.

The next mayor, Claudia Sheinbaum, said she doubted Collins’ methods and vowed to replace him when she takes office in four months.

Corruption flourished in the police force in recent years, Sheinbaum said in an interview, distracting officers who she said sometimes paid superiors to get jobs and were charged for uniforms and bullets.

“The first thing is to take back control.”

Sheinbaum said a U.S.-style justice reform was badly implemented, meaning fewer people are entering prisons, in part due to errors by undertrained police and prosecutors.

“The prosecutors office has to be modernized, it has to care for victims properly,” she said.

Aggravating the problems, officials and experts say, are more guns on the streets. Collins blames the reform, which made pre-trial detention less common for gun possession.

Though gun purchases are restricted, black market weapons are available, often smuggled from the United States. Robbery and gun wounds have risen, according to government data.

“Everyone has guns, even really young guys,” Collins said. “There didn’t used to be so many guns in Mexico, it was a serious crime.” 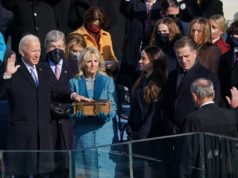 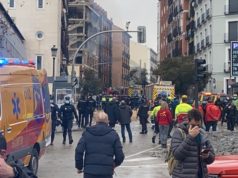 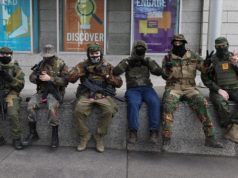 The Duda in Poland

While Trump rakes in cash, some Senate Republicans lagging