Bernardo Silva has made an encouraging start to the Premier League campaign and the Manchester City midfielder said that feeling more settled at his second season with the champions was a key factor in his performances.

After an assured display in the Community Shield win over Chelsea, Silva’s strike sealed a 2-0 win over Arsenal in their league opener with the former Monaco man expected to figure more prominently as Kevin de Bruyne recovers from injury.

“I feel a lot better and adjusted to the team,” Silva told the club’s website. “I think in your second season, it’s normal to feel more at home and that definitely applies to me.”

City thrashed Huddersfield Town 6-1 last weekend to maintain their 100 percent record but Portugal international Silva said the team could not take their foot off the gas.

“We all know there’s plenty of hard work ahead in the coming months, but it’s great to start the way we have,” Silva said ahead of Saturday’s league trip to Wolverhampton Wanderers. 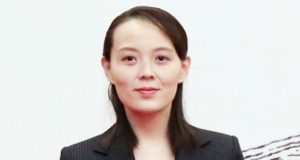