The Bank of England kept interest rates steady on Thursday and hinted at slightly faster future rate rises if Brexit goes smoothly, but warned all bets were off if next March brought a “disruptive” EU departure.

The BoE said its nine rate-setters voted unanimously to hold interest rates at 0.75 percent, in line with expectations in a Reuters poll of economists, after raising them in August for only the second time since before the financial crisis.

Brexit is now dominating the economic outlook for the world’s fifth largest economy, which has seen growth slow since June 2016’s referendum to leave the European Union, and most economists do not expect rates to rise again until mid-2019.

The BoE said consumer spending had performed better in recent months than it had expected, but businesses were holding back investment until there was clarity about future ties with Britain’s biggest trade partner.

Prime Minister Theresa May has yet to secure a transition deal that will ensure goods and people can continue to move freely between Britain and the EU after Brexit on March 29.

“The recent intensification of Brexit uncertainty appeared likely to keep business spending subdued in the near term,” the BoE’s policymakers said.

The BoE said a disruptive Brexit could see inflation pressure from a weaker currency, a damaged supply chain and possible trade tariffs. Against that, policymakers would need to balance the hit to growth from lost trade, greater business uncertainty and tighter financial conditions.

“The monetary policy response to Brexit, whatever form it takes, will not be automatic and could be in either direction,” the BoE said, echoing previous remarks by Governor Mark Carney.

Assuming Brexit goes smoothly, the economy was likely to continue to grow by around 1.75 percent a year, the BoE said.

This is some way below the rate of above 2 percent that was typical before Britain voted to leave the EU, but the BoE said the economy was at full capacity and inflation would take three years to drop from 2.4 percent now to its 2 percent target.

The economy was expected to start running above capacity late next year, sooner than the BoE had forecast in August.

“A margin of excess demand is … expected to build, feeding through into higher growth in domestic costs,” the BoE said.

This inflation worry comes despite the fact that this set of BoE forecasts pencils in almost three quarter-point interest rate rises over the next three years, compared with just over two in the forecasts accompanying August’s rate rise.

Although these assumptions are based on market pricing — and are not a commitment to raise rates by the BoE — they give some indication of how fast the BoE thinks interest rates will need to rise to return inflation to target.

Despite the excess demand and recent faster-than-expected pay growth, the BoE’s medium-term pay forecasts were unchanged from August, seeing growth of 3.25 percent by the end of next year and 3.5 percent in late 2020.

Carney is due to give a news conference to explain the central bank’s latest thinking at 1230 GMT. 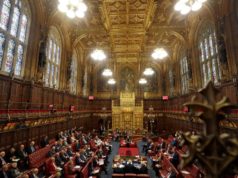 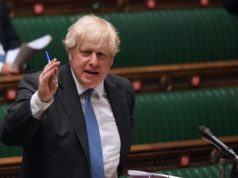 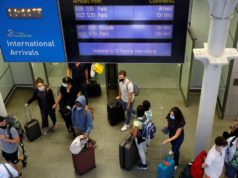