Iranian Supreme Leader Ayatollah Ali Khamenei said on Saturday the United States had failed to reassert its domination of Iran since the country’s 1979 Islamic Revolution that toppled the U.S.-backed Shah, state television reported.

“America’s goal has been to re-establish the domination it had (before 1979) but it has failed. America has been defeated by the Islamic Republic over the past 40 years,” it quoted Khamenei as saying in a meeting with thousands of students.

Washington will on Monday reimpose far-reaching sanctions on Iran’s vital oil export and banking sectors to try to force the Islamic Republic to curb its missile and regional activities and accept tougher restraints on its nuclear programme. 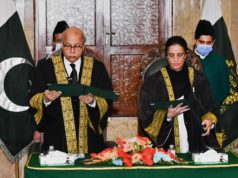