The apparent detentions of two Canadian men in China this week have raised the stakes in a three-way international dispute with the United States.

The two cases ratchet up pressure on Canada, which is holding a Chinese telecommunications executive wanted by the United States. The U.S. is seeking the extradition of Meng Wanzhou, the chief financial officer of Huawei Technologies, who was arrested in Vancouver on Dec. 1.

Canadian officials have not been able to contact Spavor “since he let us know he was being questioned by Chinese authorities,” Canadian Global Affairs spokesman Guillaume Bérubé said. “We are working very hard to ascertain his whereabouts and we continue to raise this with the Chinese government.”

The Chinese government has not commented on Spavor’s disappearance. A Foreign Ministry spokesman said Tuesday that he had no information on Kovrig’s detention, which was reported by his employer, the International Crisis Group think tank.

Regional newspapers in Beijing and Liaoning province, where Spavor lives, reported separately that that the two are under investigation on suspicion of “committing acts endangering the national security of China.” Authorities could not be reached to confirm those reports.

The broadly defined charge encompasses both traditional espionage and other forms of information gathering such as interviewing political dissidents and contacting non-governmental organizations.

Another Canadian, Keven Garratt, spent 750 days in detention in 2014-16 and was given an eight-year prison sentence for espionage before being deported. Garratt’s detention was seen as a tit-for-tat response to Canada’s arrest of Chinese spy who was eventually extradited to the U.S.

Spavor is a fluent Korean speaker with longstanding ties to North Korea through his company, Paektu Cultural Exchange. He was instrumental in bringing NBA player Dennis Rodman to Pyongyang in 2013 and has organized a number of tours and joint cultural projects with the North since then.

Acquaintances said he was due in Seoul, the South Korean capital, on Monday, but never showed up.

At the root of the dispute is Canada’s arrest of Meng while on a layover at Vancouver airport. The U.S. accuses Huawei of using a Hong Kong shell company to do business with Iran in violation of U.S. sanctions.

The editor in chief of the Global Times, a Communist Party-run tabloid known for its provocative views, warned in a video Wednesday night of “retaliatory measures” if Canada doesn’t free Meng.

“If Canada extradites Meng to the US, China’s revenge will be far worse than detaining a Canadian,” Hu Xijin said, speaking in English.

Canada has asked China for extra security at its embassy because of protests and anti-Canadian sentiment and has advised foreign service staff to take precautions, a senior Canadian official told reporters.

The United States and China have taken pains to emphasize that ongoing trade talks are separate from the U.S. case against Meng. But with a few words, President Donald Trump obliterated the distinction Tuesday, saying he’d wade into the case if it would help produce a trade agreement with China.

“If I think it’s good for what will be certainly the largest trade deal ever made — which is a very important thing — what’s good for national security — I would certainly intervene if I thought it was necessary,” Trump told Reuters in an interview.

The comment suggests Meng could be a political pawn in negotiations and makes things more awkward for Canada. Canadian Prime Minister Justin Trudeau bristled at Trump’s assertion, saying: “Regardless of what goes on in other countries, Canada is, and will always remain, a country of the rule of law.”

Foreign Minister Chrystia Freeland said it was “quite obvious” any foreign country requesting extradition should ensure “the process is not politicized.”

Chinese Foreign Ministry spokesman Lu Kang said Wednesday, “For anyone who wants to contribute to settling the problem in a positive direction, we certainly welcome their efforts.”

“Both Canadian and American officials have emphasized that the Meng arrest is separate from the trade talks,” said Gregory Yaeger, special counsel at the Stroock law firm and a former Justice Department trial attorney.

“Trump’s remarks could be interpreted as creating the appearance that the arrest also had political motivations. This could undermine the US’s reputation as a country that follows the ‘rule of law,’ and could ultimately undermine both the Meng prosecution and the trade talks.”

There is precedent for Trump intervening on behalf of a Chinese company accused of violating U.S. sanctions.

Trump drew fire from Capitol Hill in June when he reached a deal that spared another Chinese telecommunications company, ZTE, from U.S. sanctions that probably would have put it out of business after it was accused of selling equipment to Iran and North Korea. U.S. regulators planned to bar it from receiving U.S. components that it depended on, effectively a corporate death sentence.

But Trump issued a reprieve, perhaps partly because U.S. tech companies, major suppliers to ZTE, would also have been scorched. ZTE agreed to pay a $1 billion fine, change its board and management, and let American regulators monitor its operations.

Speaking outside the White House Wednesday, Commerce Secretary Wilbur Ross urged reporters not to jump to the conclusion that Trump will actually intervene in Meng’s case. 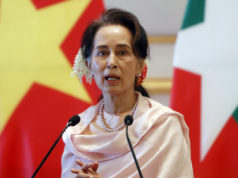 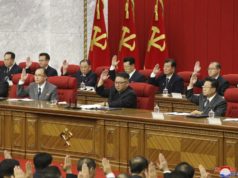 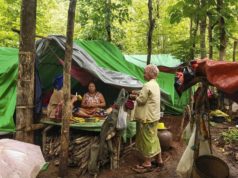 Peruvians get 3rd president in a week amid cautious hopes

British Airways CFO to take over as IAG finance chief

Two Liverpool players walking disciplinary tightrope – and it could give Jurgen Klopp a...