Chinese regulators should step up support for the economy and keep ample liquidity in the financial system, Vice Premier Liu He said on Thursday, suggesting Beijing would soon unveil more policies to bolster growth amid rising U.S. trade pressure.

Trade talks between the world’s two largest economies collapsed last month, with U.S. President Donald Trump accusing China of watering down commitments it had made. Trump raised tariffs on Chinese goods and has threatened even more.

Beijing has plenty of policy tools and is capable of dealing with various challenges, Liu, who is also the lead negotiator in the U.S.-China trade talks, told a financial forum in Shanghai.

Despite a slew of support measures and policy easing since last year, China’s cooling economy is still struggling to get back on firm footing, and last month’s sudden escalation in U.S.-Sino tensions has raised fears of a full-blown trade war that could trigger a global recession.

Liu’s comments came a day after data showed China’s credit growth was weaker than expected in May, reinforcing market expectations that more monetary easing is needed. Factory activity contracted in May and imports fell the most in nearly three years, highlighting sluggish demand.

The government will announce more strong measures to promote reforms and opening up of its markets, added Liu. The prospect of more economic support helped Chinese stock markets recover from early losses.

The commerce ministry said on Thursday Beijing will not yield to any “maximum pressure” from Washington, and any attempt by the United States to force China into accepting a trade deal will fail.

“Cooperation is based on principles, and negotiations do have a bottom-line, and the Chinese side will not make concessions on important matters of principle,” ministry spokesman Gao Feng said at a regular briefing.

Further cuts in Chinese banks’ reserve requirement ratios (RRR) and various forms of cash injections by the central bank had already been expected this year before trade ties soured.

Unlike previous downturns, however, the central bank has been reluctant to cut benchmark interest rates so far. Analysts believe it has held off on more aggressive measures due to concerns that such a move could risk adding to a mountain of debt leftover from past stimulus sprees.

In February that the PBOC considered a benchmark cut a last resort. But some analysts now think one or more cuts are likely if the trade dispute spirals out of control and the U.S. Federal Reserve starts cutting its rates, giving the PBOC more room to maneuver.

Some analysts believe the chances of a lasting trade deal are receding as both sides show signs of digging in. But U.S. President Donald Trump has said he plans to meet his Chinese counterpart Xi Jinping at a G20 summit later this month.

The yuan has fallen nearly 3 percent since early May and is nearing the closely watched 7 per dollar mark, a level last seen during the global financial crisis a decade ago.

“China is capable and confident of maintaining stable operation of the foreign exchange market and keeping the yuan basically stable at reasonable and balanced levels,” Pan Gongsheng, head of the State Administration of Foreign Exchange, said at the forum.

Analysts at Bank of America Merrill Lynch believe GDP growth could fall to 5.8% this year and 5.6% in 2020 if the trade war intensifies, and expects Beijing to respond with four benchmark rate cuts, more RRR cuts, consumption subsidies and measures to stabilize employment.

On Monday, the government announced steps to give local governments more financing flexibility so they can increase infrastructure spending, a key part of the stimulus plan that has not revived investment as quickly as some China watchers had expected.

The escalating trade dispute has gone beyond tariffs as the two countries increase pressure on each other to cede ground.

Chinese state media has warned that Beijing could use rare earths for its next strike. The United States relies on China for supplies of the rare earths to make a host of high-tech products.

China also holds about $1.12 trillion in U.S. Treasuries, stirring talk that Beijing could start dumping U.S. bonds. But many analysts believe this so-called “nuclear option” is unlikely given the damage it could inflict on financial markets and the global economy. 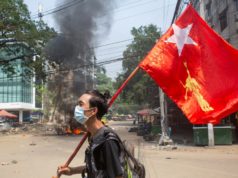 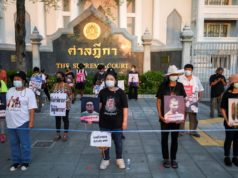 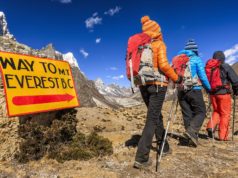