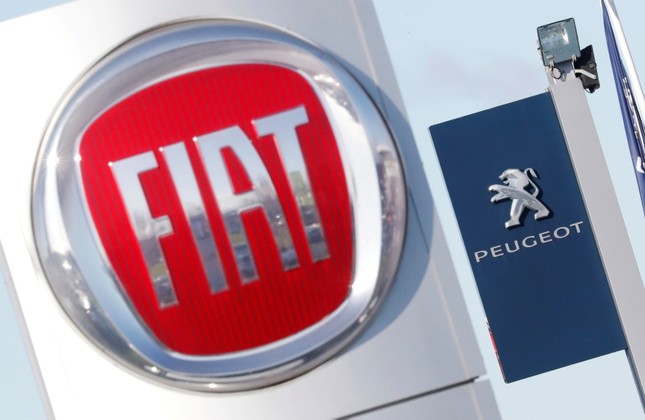 Fiat Chrysler and Peugeot maker PSA face the challenge of winning over regulators and delivering on a pledge to slash costs without closing factories after sealing a binding deal to create the world’s fourth biggest carmaker.

Both tasks are likely to prove difficult, as two of the industry’s oldest dynasties try to combine major European operations under the gaze of politicians and trade unions who have vowed to resist any move to cut jobs.

Success is vital to help both companies cope with a slowdown in demand and the cost of making cleaner vehicles to meet tougher emissions regulations.

In a sign of the pressures on the wider industry, Sweden’s Volvo AB agreed on Wednesday to sell its Japan-based UD Trucks business to Isuzu Motors and share technology to help cut costs.

France’s PSA and Italian-American Fiat Chrysler Automobiles (FCA) announced a preliminary deal six weeks ago for an all-share merger that would create a company worth about $50 billion and unite brands such as Fiat, Jeep, Dodge, Ram and Maserati with the likes of Peugeot, Opel and DS.

The terms were little changed in the binding deal announced on Wednesday, including a target to cut costs by 3.7 billion euros ($4.1 billion) a year without closing factories.

However, analysts said the effective premium being paid by PSA to achieve the 50-50 split was slightly lower.

They have yet to say precisely how they plan to tackle that potential excess, and which car platforms – or underlying vehicle structures – they will focus on, only detailing that most production would be concentrated on two platforms.

“The merged group will have to make massive savings and probably also close plants, even if the CEOs’ choice of words is different,” he said, adding large investment would be needed as both PSA and FCA are “currently lagging far behind the competition in terms of technology and product range.”

In the short term, the combined group will use profits from selling Ram pickup trucks and Jeep SUVs to U.S. drivers to fund the development of cleaner vehicles to sell in Europe and China.

The finance ministers of both France and Italy welcomed the deal, but also said they would closely monitor any impact on jobs in their respective countries.

FCA said it would meet unions on Friday to discuss the deal.

PSA Chief Executive Carlos Tavares, who will be CEO of the merged group, said the two companies were already very competitive in terms of labor costs versus turnover.

The companies expect to make about 40% of savings from product-related expenses, 40% from purchasing and 20% from other areas, such as marketing, IT and logistics, they said in a statement.

Vanna White hosts ‘Wheel of Fortune’ after Sajak has surgery

Saudi Arabia and UAE give $200 million to Yemen for Ramadan

Airbnb says revenue for 3Q was best ever, topping $1 billion