A businessman from England who contracted the new virus from China and may have spread it through his wide travels thanked Britain’s National Health Service after he recovered.

Steve Walsh issued a statement Tuesday after being the focus of intense media coverage once it became apparent that he may have unwittingly helped to spread the new coronavirus to Europe. Walsh had come into contact with the virus after a business trip to Singapore in January. He then went to a ski resort in the French Alps, potentially infecting other people before he was diagnosed with the virus and hospitalized.

“I would like to thank the NHS for their help and care,’’ Walsh said. “Whilst I have fully recovered, my thoughts are with others who have contracted coronavirus.’’

Five Britons who stayed with Walsh at a chalet in the Alps have been diagnosed with the virus, including a 9-year-old boy. Another man who stayed at the French ski resort was discovered infected after returning home on the Spanish island of Mallorca.

His case prompted French health authorities to test 61 other children and family members at the resort and temporarily close some schools there, but they all tested negative.

Walsh said as soon as he realized he had been exposed to a confirmed case of the virus, he spoke to his doctor and public health authorities.

“I was advised to attend an isolated room at the hospital, despite showing no symptoms, and subsequently self-isolated at home as instructed,” he said. “When the diagnosis was confirmed, I was sent to an isolation unit in hospital, where I remain, and, as a precaution, my family was also asked to isolate themselves.’’

The virus has infected more than 43,000 people globally and killed over 1,000, with the overwhelming majority of cases in China. It is unclear exactly how it is transmitted, but experts think it is spread mostly by droplets when people cough or sneeze. Health officials warn it can take up to 14 days for those who have been exposed to show symptoms.

Most people have only mild symptoms such as a fever and runny nose. But some develop pneumonia. Those who have fallen severely ill have been mostly over 60 with other health problems.

Walsh flew to Singapore for a Jan. 20-22 event sponsored by his employer, Servomex. The company, based in the town of Crowborough, 35 miles south of London, makes industrial sensors sold around the world.

In a statement, Servomex said it was working with public health authorities “to ensure the welfare of our staff and communities and wish anyone with the virus a quick and full recovery.”

One infected woman in Russia has recovered and was discharged from the hospital, local officials said.

Russia has halted most of its air traffic to China, suspended trains to China, closed the Russian border with China and Mongolia and temporarily stopped issuing work visas to Chinese citizens. 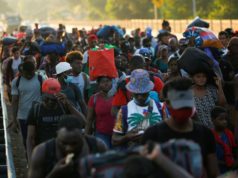 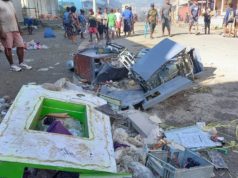 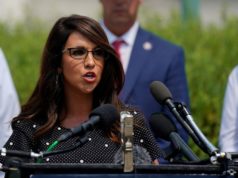 Cyclone Fani kills at least 12 in India before swiping Bangladesh

Pick your poison: For Fed, it’s higher inflation or an inevitable return to quantitative...