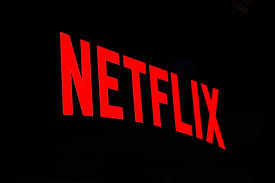 A prosecutor of the men known as the “Central Park Five” sued Netflix on Wednesday for defamation over her portrayal in “When They See Us,” claiming the miniseries fabricated both her statements and actions related to the 1989 case.

The four-part series, which debuted on Netflix on May 31, is about the case of a 28-year-old woman who was attacked while jogging in New York City’s Central Park. The victim was white and the five defendants – all black or Hispanic boys – were between the ages of 14 and 16 at the time of the attack.

Former prosecutor Linda Fairstein – in her lawsuit filed in the U.S. District Court for the Middle District of Florida – alleges the series shows her as the “mastermind behind a racist plot” to obtain convictions of those charged at any cost.

The depictions of Fairstein in these scenes “are complete fabrications and readily contradicted by evidence in the public record,” the lawsuit alleges.

Fairstein, who is now a crime novelist, is seeking damages from Netflix, series director Ava DuVernay and writer Attica Locke, saying the portrayal damaged her personal and professional reputations.

Netflix, DuVernay and Locke could not be immediately reached for comment by Reuters.

In the 1989 case, the five boys confessed after long police interrogations and were imprisoned for 5-13 years.

But they later recanted their statements and said they had been coerced by police officers. Their convictions were overturned in 2002, after another man confessed to the crime and DNA tests confirmed his guilt.