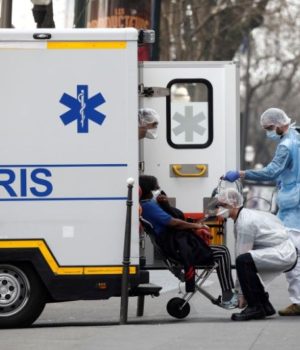 Paris health officials will begin transferring 38 critical coronavirus patients by high-speed train from the Paris to regions that have been less overwhelmed to ease pressure on the capital’s intensive care capacity, officials said on Tuesday.

“What is planned from the Paris region by TGV transport is (to transport) 38 sick people”, Bruno Riou, who heads up the crisis team for the Paris hospitals, told reporters.

He declined to say where they would be transferred. A second official said the operation would take place on Wednesday.

France 3 TV reported the patients would be moved to the western Brittany region.