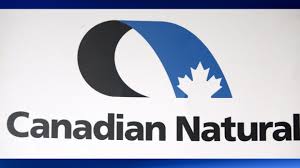 Norway’s $1 trillion sovereign fund said on Wednesday it had excluded four Canadian oil and gas companies from its portfolio for producing excessive greenhouse gas emissions, its first use of that reason to blacklist firms.

The firms did not respond to requests for comment after market hours.

“The Council on Ethics recommended to exclude the companies because of carbon emissions from production of oil to oil sands,” NBIM said, referring to its ethics watchdog.

Excessive carbon emissions became a criterion for exclusion from the fund four years ago, joining the production of nuclear arms, landmines and tobacco, human rights violations and other grounds for removal.

The ethics council had examined companies in the oil, cement and steel sectors before recommending its first exclusions based on excessive greenhouse gas pollution, the fund said.

Vale declined to comment. Eletrobras and ElSewedy could not immediately be reached.

NBIM, which is a unit of the central bank, said it had taken a long time to sell shares of several of the blacklisted companies in a reasonable manner due to the “market situation, including liquidity in individual shares”.

It always sells its holdings before any exclusions are announced, to avoid excessive market movements.

The fund on Wednesday also reversed its earlier exclusions of two firms – New York-listed AECOM (ACM.N) and Hong Kong-listed Texwinca Holdings Ltd (0321.HK), both of which are now eligible for its portfolio.

On and off screen, Burt Reynolds followed many paths

Suicide attack on a charity in east Afghanistan