The head of the Royal Canadian Mounted Police on Monday said she would seek to equip officers with body-worn cameras to increase trust, accountability and transparency, according to a statement from a spokesman.

Earlier on Monday, Canadian Prime Minister Justin Trudeau said he wanted police to wear body cameras to help overcome what he said was public distrust in the forces of law and order.

Protesters in Montreal and other Canadian cities took to the streets on Sunday in the latest international demonstrations against police brutality, sparked by the death of black man in Minnesota as a police offer knelt on his neck.

RCMP Commissioner Brenda Lucki has agreed to “engage in work and discussion… on a broader rollout of body-worn cameras” with the National Police Federation union, a statement from spokesman Dan Brien said.

“The commissioner agrees it is critically important for Canadians to feel protected by the police and is committed to take whatever steps are required to enhance trust between the RCMP and the communities we serve.”

“The use of body-worn cameras by RCMP officers was discussed as a means of ensuring accurate evidence gathering and accountability… (and) increased transparency,” the statement said.

Earlier on Monday, Trudeau said he had spoken to Lucki.

“One of the things we discussed was the adoption of body cameras. I’m committing to raising this with the provinces this week so we can move forward as quickly as possible,” Trudeau told a daily briefing. “Body cameras (are) a significant step towards transparency.”

The RCMP, which is a federal police force, also services eight of the 10 provinces. Ontario and Quebec, the two most populous provinces, have their own police.

“Many people in this country simply do not feel protected by the police. In fact, they’re afraid of them,” Trudeau said. 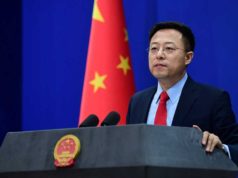