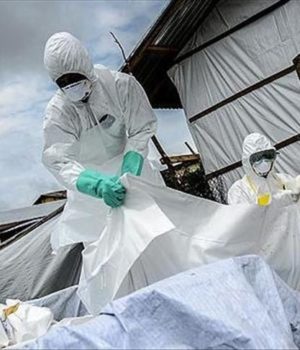 At least 41,609 people have died across the continent.

However, the figures also showed that nearly 1.41 million people have recovered from the deadly virus.

In Rwanda, 90% of the 34 coronavirus deaths registered in Rwanda so far were people suffering from non-communicable diseases (NCDs), Health Minister Daniel Ngamije said on Monday, calling for concerted efforts to prevent the killer diseases such as hypertension and diabetes.

Addressing a virtual World Health Summit in Berlin, Ngamije said a big number of the victims with non-communicable diseases were also people 55 years and above.

“Recently we noted that with COVID-19, NCDs are really a big problem. We noted that 90% of the 34 cases of death were with NCDs comorbidities,” he said.

The minister pointed out that Rwanda has been successful in containing the virus, noting that out of the 5,066 total accumulated confirmed cases as of Oct. 25, the fatality stood at 0.7%.

Ngamije attributed the success to a health system that he said has greatly improved access to medical services for the majority of Rwandans.

The lower death toll can be attributed to timely access to health facilities by patients; early detection and treatment of people infected with COVID-19, he said.

In Afghanistan, U.S. senators call for coherent policy from Trump

Aleix Vidal reveals who his favourite footballers are