International Olympic Committee (IOC) President Thomas Bach said the Olympic Games are not about politics and must guard against becoming a “marketplace of demonstrations”.

Against the backdrop of the Black Lives Matter movement to protest racial injustice, calls have increased this year for a change to Rule 50 of the Olympic Charter, which bans any form political protest during the Games.

World Athletics chief Sebastian Coe said earlier this month he believes athletes should have the right to make gestures of political protest during the Games, contrary to official IOC policy.

“The Olympic Games are firstly about sport. The athletes personify the values of excellence, solidarity and peace,” Bach wrote in The Guardian here newspaper.

“They express this inclusiveness and mutual respect also by being politically neutral on the field of play and during the ceremonies. At times this focus on sport needs to be reconciled with the freedom of speech all athletes also enjoy at the Games.

“The unifying power of the Games can only unfold if everyone shows respect for and solidarity to one another. Otherwise, the Games will descend into a marketplace of demonstrations of all kinds, dividing and not uniting the world.”

Bach said he experienced the “political impotence” of sport when West Germany was among several countries to boycott the 1980 Moscow Games.

“As chair of the West German athletes’ commission I strongly opposed this boycott because it punished us for something we had nothing to do with – the invasion of Afghanistan by the Soviet army,” Bach, the winner of team fencing gold at Montreal 1976, wrote.

“It’s no consolation that we were ultimately proven right that this boycott not only punished the wrong ones, but that it also had no political effect… the Soviet army stayed nine more years in Afghanistan.

“The Olympic Games are not about politics. The IOC, as a civil non-governmental organisation, is strictly politically neutral at all times.”

The COVID-19 pandemic forced the IOC to delay this year’s Tokyo Games until 2021. 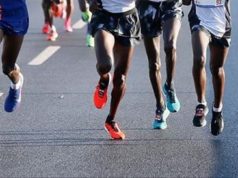 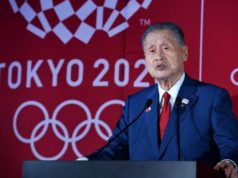 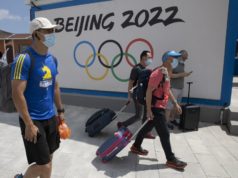