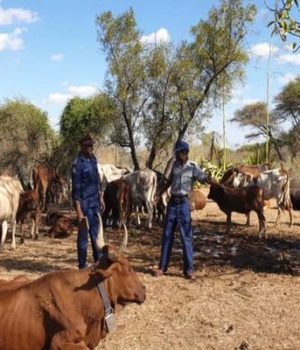 Honest Mupanedengu, a farmer in Shamva, said Goche failed to surrender 18 heifers, according to a purchase agreement, I Harare reported.

Mupanedengu said Goche sold him 40 heifers Nov. 13, 2018. He collected 22 heifers after the first payment was made through a bank transfer.

But the complainant said Mupanedengu was supposed to collect the remaining 18 heifers at a later date.

The former minister, however, sold the 18 heifers without Mupanedengu‘s knowledge.

When Mupanedengu approached Goche to collect the remaining heifers, he was told that they had been already sold.

The cattle were estimated at $18,000, and nothing has been recovered, I Harare reported.

Goche occupied positions as Minister of Public Service, Labour and Social Welfare and Minister of Transport and Infrastructure Development in the old dispensation in the Harare Bureau, according to reports.

Swiss group says it has signatures for ‘sovereign money’ vote