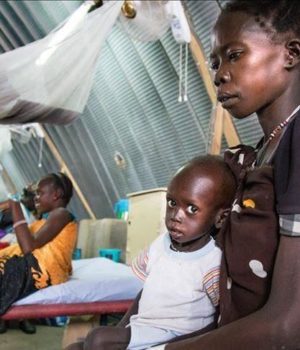 Around 2.5 million children in Nigeria below the age of 5 are suffering from severe malnutrition, an official said Tuesday.

According to Clem Agba, Nigeria’s minister of state for budget and national planning, malnutrition remains an issue despite the government’s efforts in recent years.

Agba said the figure makes Nigeria the country with the second-highest number of stunted children worldwide.

He said malnutrition, financial and development problems were on the government’s agenda and the government has been forced to create a platform to mobilize nutrition stakeholders to come up with a solution.

Liverpool Are Back On The Big Stage – But It Should Be Just The...

Australia fails to ‘close gap’ in improving lives of Aborigines